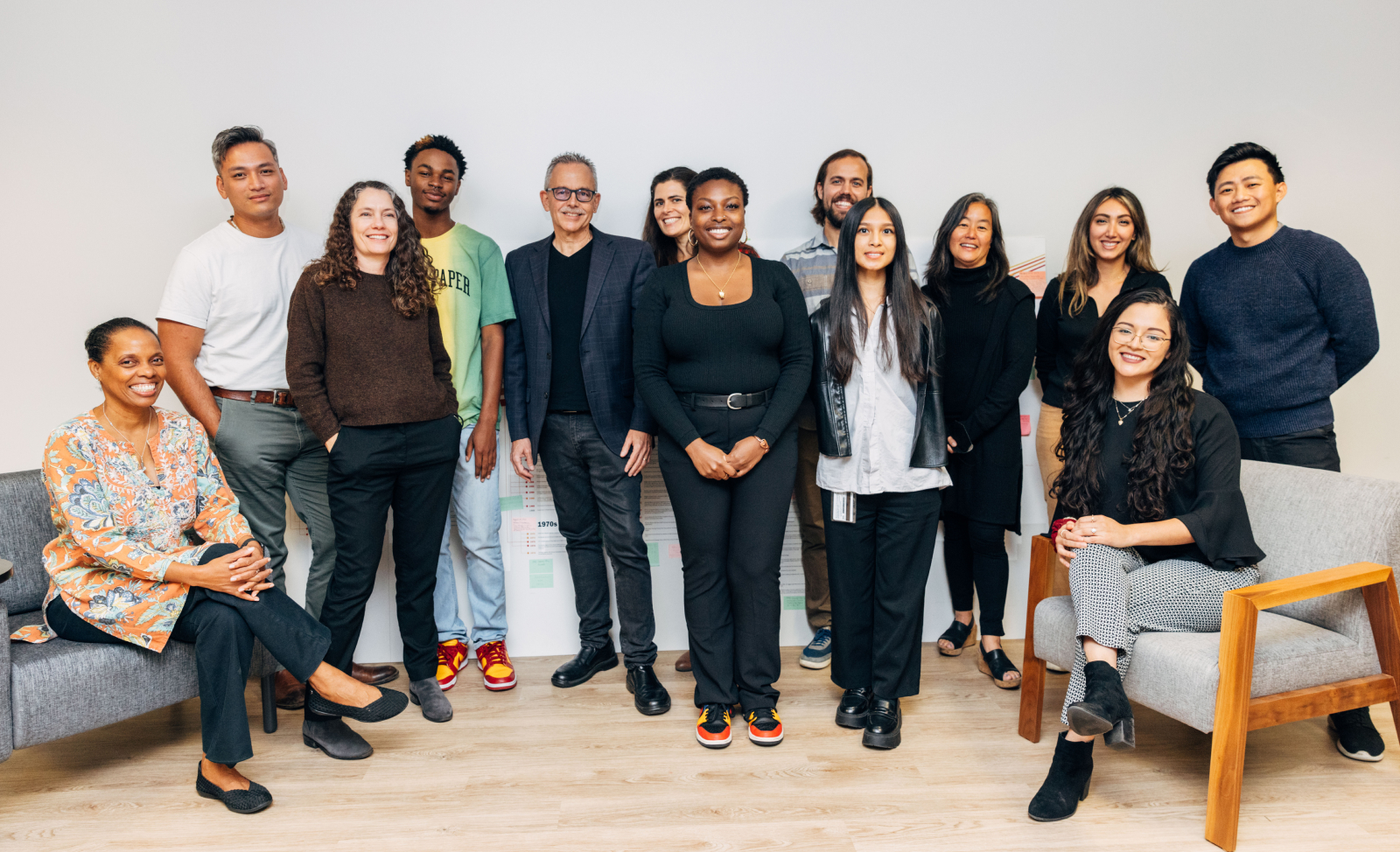 This includes the National Equity Atlas — a data and policy tool to track, measure, and make the case for racial equity and inclusive prosperity across America. The team also conducts research supporting narrative change, including The State of Immigrants in L.A. County, which includes strategies for economic mobility, civic participation, and social support for immigrant communities.

We spoke with professor Manuel Pastor, director of ERI, and Jennifer Ito, research director of ERI to learn more about the organization’s mission and how they are advancing research and shifting cultural narratives in support of those on the front lines of the fight for equity.

This interview was condensed and edited for clarity.

What is the big problem your work is trying to solve? And why does it matter to you?

Manuel Pastor: We think that providing rigorous data can help with social change. But we recognize that what changes policy, in the long run, is community organizing, social movement, and power building.

And so, our North Star is helping to facilitate the further development of a well-resourced, intersectional, and intersectoral movement for social justice. Everything we do is aimed at that.

Jennifer: A lot of our work is centered on initiating a conversation around racial equity that’s grounded in data. And building a narrative about that data in ways that bring people to a conversation, keeps them at the table, and deepens understanding of each other’s perspectives so that they can move towards action collectively.

And then lastly, around the work we do around social movements. We do a lot of work with philanthropy to shine a light on the actual methods that are led by community organizing, which result in campaigns that both change conditions in the community, but also strengthen the ongoing capacity to fight for change.

Can you say more about how the research is in service of community, power building, advocacy, and movement building?

Manuel: We maintain, for example, the National Equity Atlas with PolicyLink, which provides disaggregated data by race, nativity and ancestry, gender and education for 150 metro areas, the largest 100 cities, 400 counties, and all 50 states, plus DC.

And advocates use that. You can download not just the data but graphs and PowerPoints that you can use before a city council or county government to make a difference.

We also have a State of Immigrants in Los Angeles report, which has helped to put in place an Office of Immigrant Affairs at the county level.

And I want to highlight that we have been a whisperer, or a translator, to the philanthropic world, which sometimes looks at organizing as something of an art form with no science to it. And instead, we’re able to point out the tremendous rigor and theoretical framing that organizers and movement builders use.

When you think about your work and the impact you have, what makes you most proud?

Manuel: I’ll tell you two things I’m proud of. One is work we did looking at the impact of the naturalization fee on naturalization rates. And prior research by the Congressional Research Office had suggested that the fee didn’t have a deleterious effect on the rate of naturalization.

We showed why those studies by the Congressional Research Service were not answering the right question. And showed that if you change the fee, that actually would help low-income, less-educated, more-Latino immigrants naturalize.

As a result of that, the fee was waived more automatically or easily for people below 150% of the poverty level. A subsequent Stanford study showed that that change in the fee structure led to 80,000 or so more people naturalizing every year.

But the thing, in some ways, that I’m the proudest of, because it shows what we were built for, was a project we did during the pandemic called No Going Back — in which we began putting up data showing that the pandemic was likely to impact immigrant and Black and Indigenous communities.

We also documented early on the tremendous digital divide that existed for kids. And as a result of that, we put together a big research project with UCLA to run a 16-week educational program once a week for a key group of civic leaders and produced a report documenting the disparities and pointing out what it was that Los Angeles needed to do to move in a different direction.

So, we were able to be a convener in a very difficult time. And we were able to come up with a narrative that got people’s attention and helped to shift the direction of what Los Angeles and California were doing in a way that brought racial equity squarely into our response to the pandemic.

Can you tell me about how your organization approaches its work to advance racial equity, as it relates to addressing the material conditions of people of color?

Manuel: Certainly, the National Equity Atlas is instrumental there. And we’ve also done a lot of equity profiles of metropolitan regions. We firmly believe that equity, racial equity, and economic equity are often portrayed as issues of fairness and inclusion, and we think that’s correct. But we also point out how racial inequality damages the entire society. That when you’ve got systems that over-incarcerate and are racist, you’re throwing away talent. When you’ve got a clearly xenophobic immigration system, you’re stifling business development. When you’ve got educational structures that systematically impede the progress of Black and Latino children, you are wrecking your prosperity for the future. When you allow certain communities to be vulnerable to the worst impacts of climate change, and environmental pollution, you’re just getting more pollution and making it worse for everyone.

What is something you, personally, or your organization, have learned in the last couple of years that has shaped what you are doing today and moving forward?

Jennifer: We’ve been on this internal racial equity journey for a while, and all during COVID when we shut down, I was very thankful that we were already far into our journey internally to be able to take care of folks and produce work.

And so, I feel like it’s this new inside-outside strategy – which recognizes the transformation that’s needed from the whole person to an organization to our movements and our relationships with others to society.

And we’ve been able to model being a sustainable, racially just workplace that can generate high-quality, reliable, and relevant data. And have people come in and out of that work, so the work sustains and doesn’t stop as folks need to step away for health reasons or personal reasons.

If you had all the resources in the world, what is the one thing you’d want to impact and shift? And how?

Manuel: The one thing I’d love is to convince people that there’s not just one thing. People’s lives are structured by multiple systems of oppression and opportunity. And we sometimes think if we change just one thing, education or health or neighborhood or policing or immigration law, this would be the thing that would do it, but it isn’t. So my big thing would be everything.

What is something most people don’t know about your organization that is important to understand?

Jennifer: It’s that hidden behind-the-scenes nerdy work that we do. And I just don’t think folks would appreciate just the inquisitiveness, the curiosity, the rigor, the intensity with which our data team tackles every project.

Manuel: The other thing I would say is, initially, everyone we hired as a researcher had been an organizer. We were very interested in people who had a deep respect for organizing, who knew that it was hard work, and who had relationships. And so I think that along with the work itself, there’s a level of trust in the Equity Research Institute that is there partly because of the rigor, partly because of the work we currently do, and partly because of the history that people bring.

Is there anything you’d want to share that we haven’t covered in our discussion?

Manuel:We did a project and then a book, called South Central Dreams that’s about the emergence of Black/Brown organizing in South Los Angeles. I think that’s another part of our racial equity work — looking at those solidarities — and is more relevant now in Los Angeles than ever.

And then last year, we put out another book, Solidarity Economics, which came out with a comic book, so that it could be used for popular education. So I’m proud of those attempts to be more accessible.

Jennifer: Everything that we do, we also learn by doing, but then also help seed and support others. We see ourselves as part of this growing field of community-engaged research and research centers.

Manuel has supported and helped seed a lot of similar research centers on equity. His co-author and colleague, Chris Benner, is now a director of the Institute for Social Transformation at the University of California Santa Cruz. Martha Matsuoka is also the director of the Urban & Environmental Policy Institute at Occidental College. Veronica Terriquez is heading up a center at UCLA. Also, Juan De Lara is leading another center at USC. And so we see this as a burgeoning field, where emerging researchers that have been traditionally underrepresented in academia, can straddle the lines of community and academia.

Learn more about CZI’s investments in organizations, like the USC Equity Research Institute, who are supporting communities of color and tackling racial disparities.