In Our Community: Bright Futures for Young Mothers in East Palo Alto 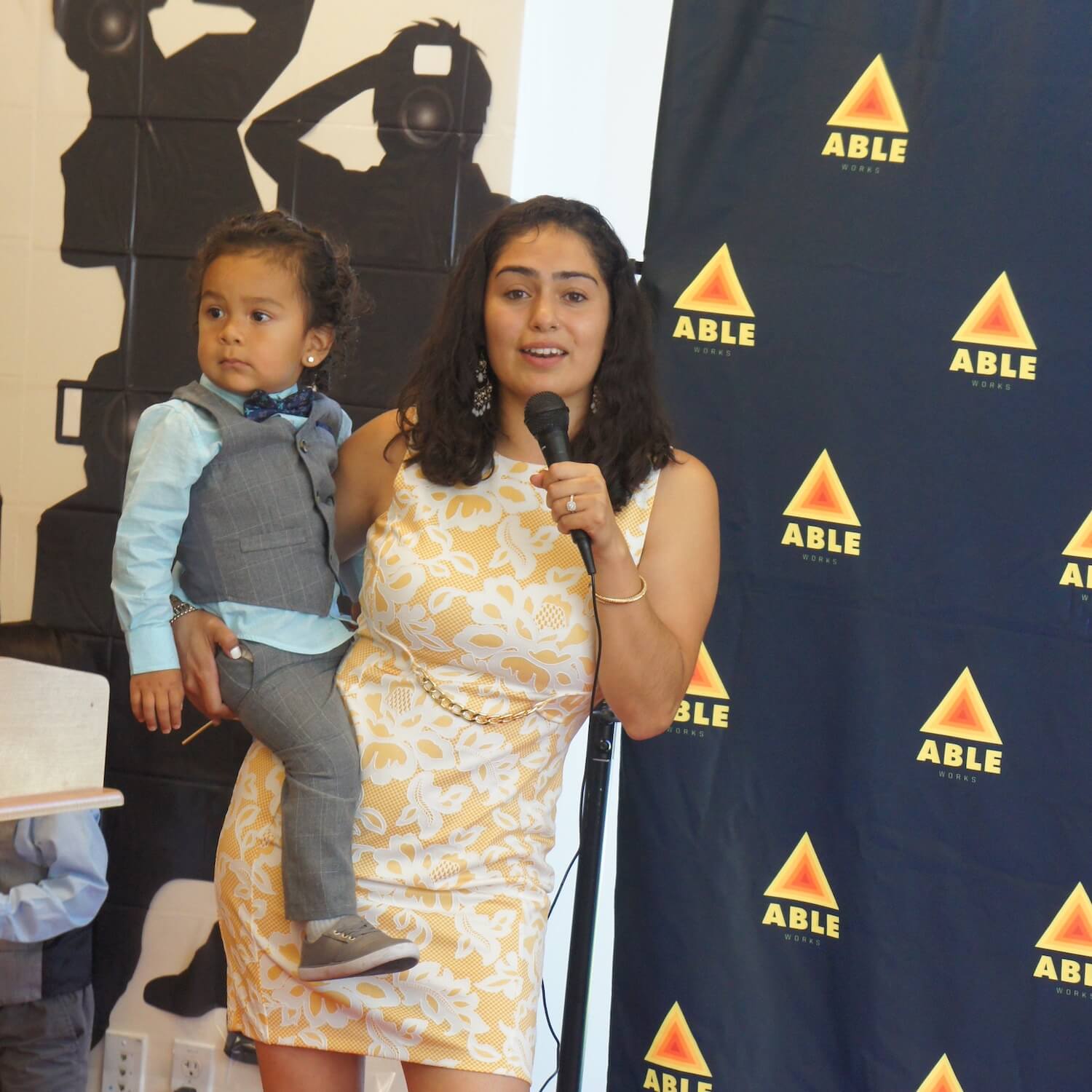 May 2019 | Proud mom and LiveAble graduate Nicole speaks at a graduation event for the Able Works program, in East Palo Alto. Photograph by Able Works

Before East Palo Alto, CA native Nicole*, 26, became a mother, she didn’t have plans for the future and wasn’t interested in pursuing an education or a career.

Everything changed when her son was born. Nicole struggled with depression as she juggled the demands of caring for an infant and maintaining a career. When her son was 15 months old, Nicole joined LiveAble, a program by East Palo Alto-based Able Works that helps women achieve financial stability and economic freedom.  Through LiveAble, she found a community of supportive, encouraging women who, like her, were motivated to make a change.

“Being a part of a group that can stand behind you for whatever you need is what everyone needs in their lives,” said Nicole, about her LiveAble experience. “I am now motivated to grow my business and making the connections I need to make that happen.”

As part of the program, Nicole was paired with Blanca Medina, a LiveAble coach who helped her find financial stability and connected her to a mental health provider to cope with depression. Blanca said, “Nicole knew her strengths and developed a plan to start a business very quickly. Once she made her plan, she was on it.”

Being a part of a group that can stand behind you for whatever you need is what everyone needs in their lives.
With LiveAble’s support, Nicole created a plan for an event-styling business, grew her client base, and started studying digital marketing. She feels better equipped to parent her son, now 2 years old, while growing her business.

AbleWorks launched LiveAble in 2013 to serve motivated young mothers seeking stability and a better future for themselves and their families. Over the last six years, Able Works has served 229 LiveAble participants and approximately 573 children.

The Chan Zuckerberg Initiative supports Able Works and its LiveAble programming through the CZI Community Fund. Support helps Able Works’ pursuit of an equitable Bay Area, where all women are able to build the futures they want for themselves and their families.

*Name has been changed to protect the privacy of individuals.

Learn more about Able Works and its LiveAble program.