Approximately 95 percent of genes in higher eukaryotes, such as humans, undergo regulated RNA processing (RNAP), including alternative splicing and untranslated regions (UTRs), which can dramatically alter gene function. Yet, scRNA-seq analysis is almost exclusively focused on gene expression due to statistical challenges of quantifying RNAP.

This project will engineer extensions of the SpliZ and ReadZS with improved statistical and run-time performance; and perform expansive analyses of differential RNAP in existing scRNA-seq data including disseminating robust, easy-to-use, and reproducible workflows.

It also aims to create an encyclopedia of single-cell regulated RNAP Events also known as ENCORE. ENCORE is a multimodal reference of functional genomic regions tightly controlled under cell-type-specific post-transcriptional regulation. It will contribute to equalizing health disparities by identifying regions where mutations are predicted to have functional consequences through RNA splicing alteration, thereby informing studies of genetic risk in populations that have been underserved by genome-wide association studies.

The project will involve many collaborators that integrate the SpliZ and ReadZS into multimodal scRNA-seq, integrating scRNA-seq with other measurements such as chromatin accessibility and spatial transcriptomics, to provide mechanistic insights into RNA regulation at cellular and subcellular resolution. Developing and disseminating these algorithms will empower researchers to identify new functions for RNAP at a precision and scale not previously possible. 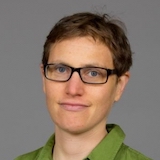 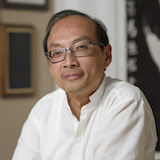