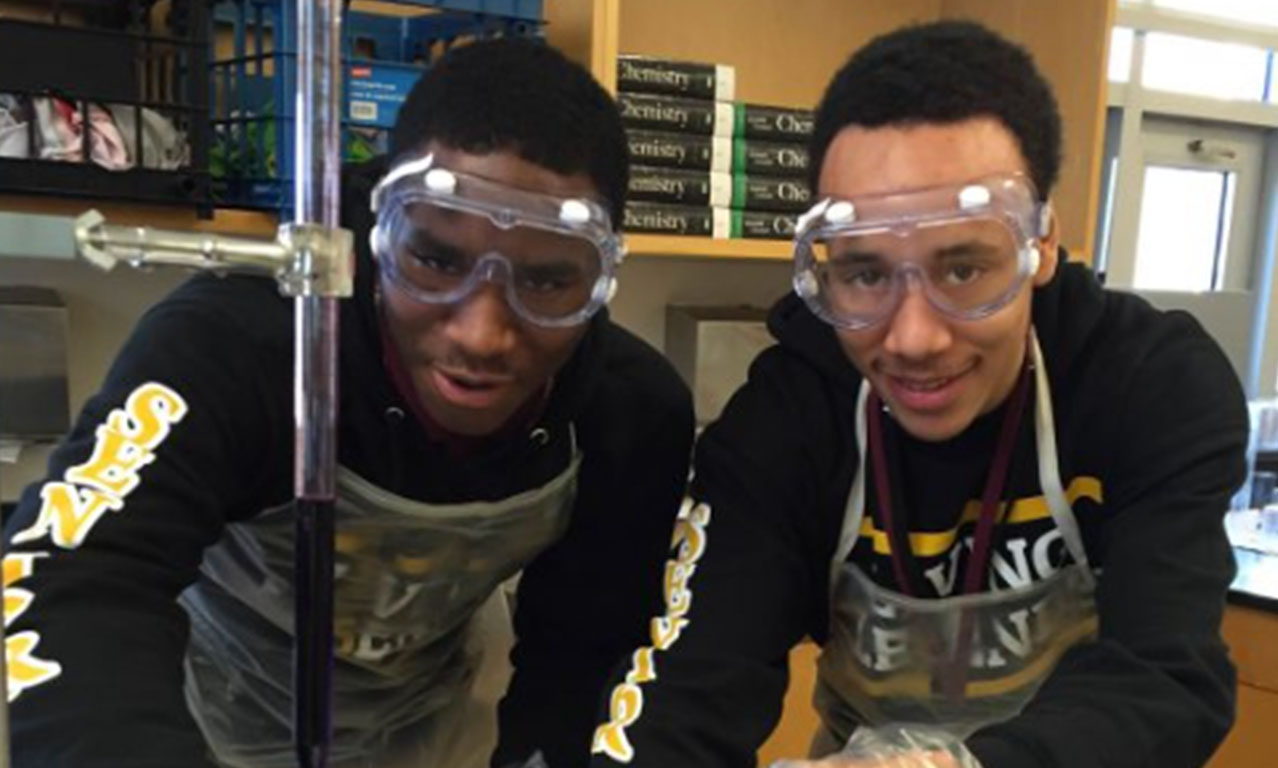 In a June 2020 survey about Washington D.C. families’ school reopening preferences, DC PAVE found that 27% of respondents felt more comfortable with distance learning as opposed to in-school options. A majority of these respondents (68%) lived in D.C.’s historically Black Wards 7 and 8. PAVE also administered COVID impact surveys specifically to local schools who served majority African-American students. Across the surveys, parent-school communication emerged as a pressing theme: families felt there was a lack of information in this time of crisis, and leaders reported struggling to update families without overloading them. PAVE director, Maya Martin Cadogan, met these statistics with determination. To Maya, PAVE—which stands for Parents Amplifying Voices in Education—offered the tools and motivation to ensure that school reopening efforts adopted a family-centered response.

Maya reached out to a close colleague, Raymond Weeden, executive director of D.C.’s Thurgood Marshall Academy (TMA). Raymond had long-held commitments to fostering parent-school connection, spanning his career in D.C. charter school leadership. Knowing that the pandemic was an opportunity to approach parent engagement afresh, Raymond was eager to partner with DC PAVE.

PAVE coached Raymond and members of the TMA staff on how to amplify parent voices and create a seat for them at the table as decisions were made regarding returning to school safely.

As the partnership progressed, families reported feeling more informed as TMA worked with them to envision different possibilities for re-opening.

A Need to Build Trust

At the beginning of the 2020-21 school year, Raymond was in a uniquely challenging position.

TMA needed to earn the trust of an almost entirely Black school community, whose faith in local DC leaders had waned over the years. Exploring options for a return to in-person schooling heightened these tensions; as Raymond put it, there was “little appetite” for any such conversations among TMA families and staff. Additionally, TMA was a public charter school, meaning it had the autonomy to reopen as its community saw fit and was not beholden to the D.C. Public Schools (DCPS) reopening plan. Each time new reopening information was released from DCPS it caused confusion and a panic from families seeking clarity from the TMA leadership team and staff.

For Maya and Raymond, the path forward meant alleviating the TMA community’s concerns about in-person schooling without making promises that could not be kept. This required putting “boundaries on what are the decisions,” according to Maya. For Maya, these boundaries mattered for building trust because they did not obscure the truth: the TMA community needed to know that school reopening would be happening, but there was a certain latitude for how that would take place. Maya summarized to Raymond how the question should be framed to families and students:

“What do you want in-person to look like, knowing it is going to be different?”

For Raymond, this reopening project was part of a larger effort to disrupt these patterns and “build the muscle” for TMA’s family engagement going forward.

In their surveys and interview scripts, TMA and DC PAVE designed prompts that framed the conversation in terms of possible reopening scenarios around:

In their efforts to leverage student advisories, TMA teacher Karen Lee played a central role. The seniors in her advisory offered insights into how surveys and scripts should be worded and administered. For example, the students affirmed what school leadership understood about 9th grade students: they felt less connected to the school and they were harder to engage. From this advice, Raymond and his team explored options for pairing advisories across grade levels in an effort to foster more participation, mentoring, and community.

The TMA-DC PAVE planning team also considered ways to encourage parents’ participation in surveys and interviews. For example, the team knew that whoever administered the interviews would affect how parents responded. Thus, the team offered the choice to speak with Raymond or DC PAVE’s Shakira Hall Louimarre, as some parents might prefer a familiar school leader while others might prefer someone unaffiliated with TMA. For the surveys, Maya recommended a texting platform called Thrutext that her team had employed in the past, which allowed for personalized reminder texts to be sent to all TMA families with the added benefit of coming from the local 202 area code, rather than an unfamiliar number. When it came to debriefing their findings with families, Maya built on something Karen shared about TMA students: participants needed to feel as if they were being involved in bigger conversations rather than simply being told to take a survey. Therefore, any debrief they decided should be framed as “What would you like to do with this data?” rather than “Here is this data.”

While the pandemic continues to complicate decisions about when and how to reopen TMA, staff, students, and families have expressed appreciation for DC PAVE’s partnership. In a conversation about the back to school efforts, one teacher noted,

“This project has helped hold TMA accountable to asking [for] student and parent input and then sharing what that input told us with the school community.”

A TMA parent mentioned that the partnership “helped [her] get a better understanding of what is EXACTLY going on, not the watered down stuff I see on TV.” A student described their sense of the balance between needing clarity and having input:

“I think one of the things that stands out is the focus on input so that we know how to move forward in a way where everyone knows what’s happening. Everyone is informed, but also everyone has a level of comfort because they have all the information that they need.”

However, challenges persist. When reflecting on what continued to worry her about the school year, a parent posted an image of a laptop and remarked that “This photo represents the device that is hindering my daughter’s progress.” According to that parent, the virtual learning environment devastated the educational outcomes of her daughter, who required special learning accommodations that were not met during the pandemic. A TMA student added, “Being in the house all day can also affect a student mentally. As a student you can get soaked up into doing work that you forget about everything else. Then it’s always work due from almost every class so it’s a lot on a student.” Real concerns about remote learning remain, adding to the pressure to return to school when it is finally safe. 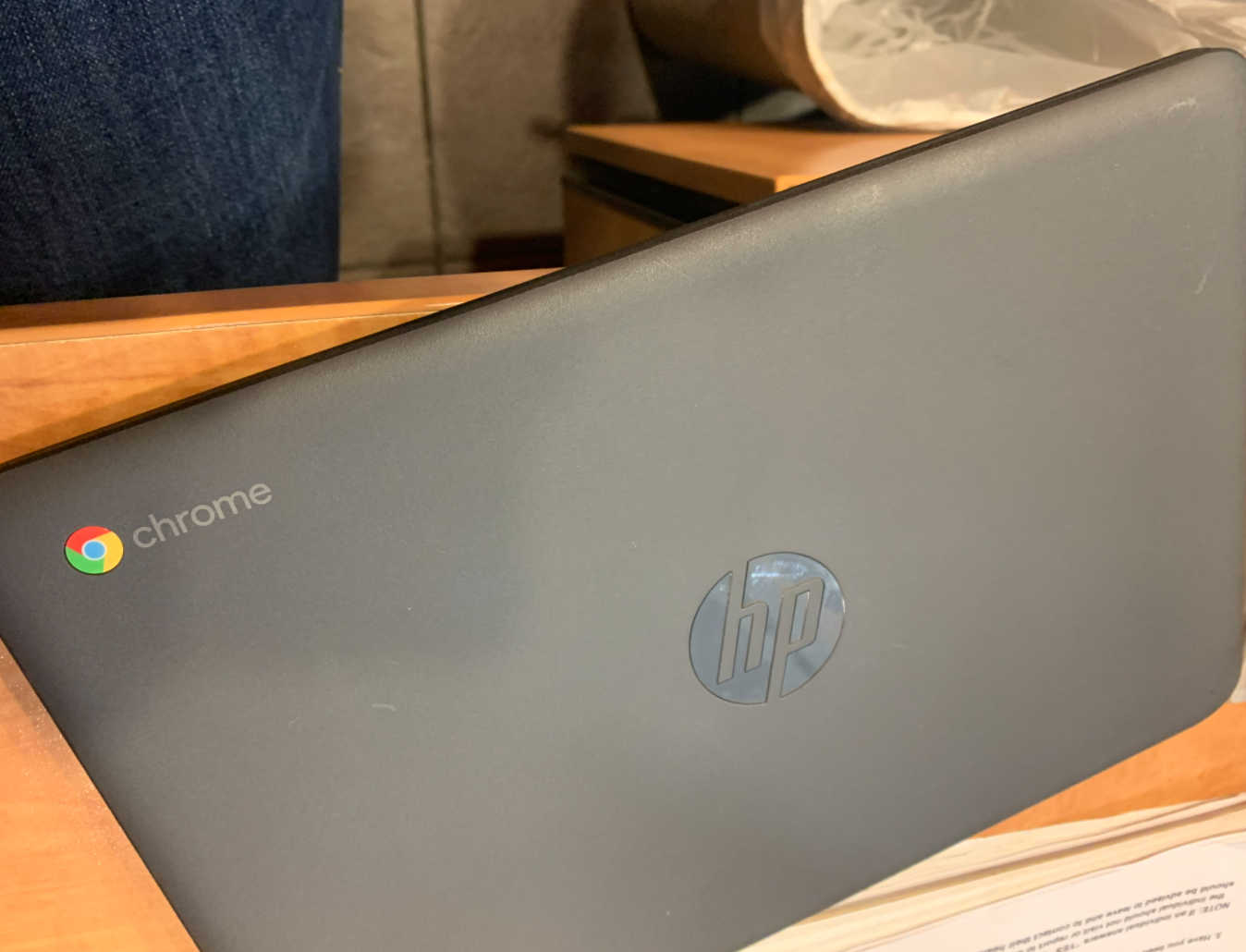 The project is still unfolding with a plan to present the TMA community with different ideas for how and when to open the school safely during the pandemic. As Raymond looks forward, he expresses hope that the family engagement structures they are implementing will pave a path for the future:

For more information about DC-PAVE’s pandemic recovery efforts as they relate to the broader Washington DC area, please visit their website at www.dcpave.org.

Thurgood Marshall Academy (TMA). Grades 9-12. Washington, D.C.
DC Families needed accurate information and a say about returning to school. TMA leaders created a forum for families to voice issues that they thought should be addressed, and a choice about how to safely return to school.
Offer families agency over decisions made in school through a four-step process: Inform, Engage, Organize, Activate (based on Joyce Epstein’s Model of School Involvement)
Personalized community surveys and interview scripts; development of family and community engagement plan; family wellness calls; coaching for communicating findings.
Families reported having better understanding about facts related to returning to in-person school. Teachers reported feeling more accountable for asking for input from students and parents and reporting back to the whole school.
DC PAVE will continue conducting wellness calls with TMA families and holding sessions to discuss important issues. TMA families and DC PAVE will co-construct a plan for safely returning to school.