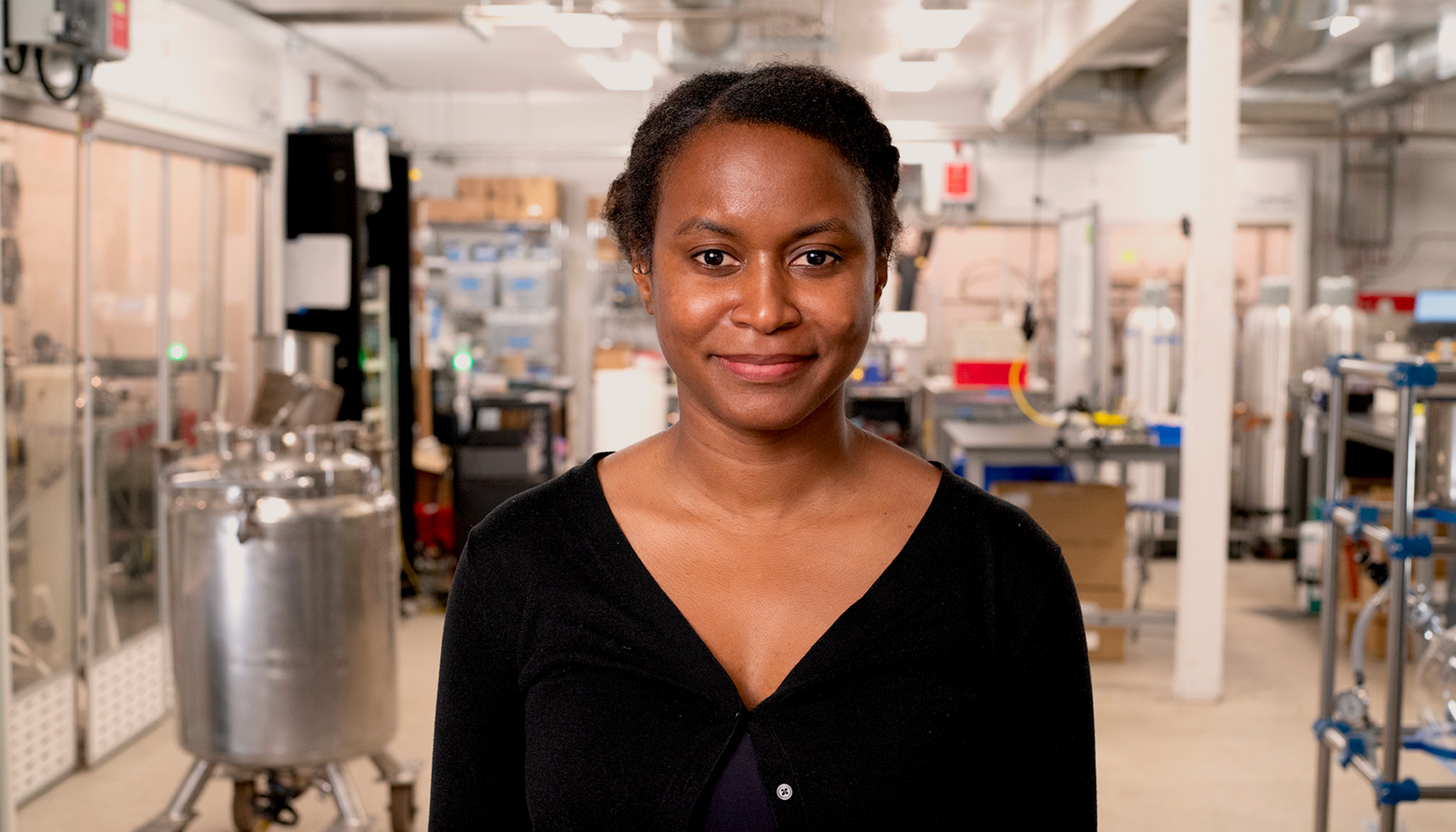 Twelve co-founder Dr. Etosha Cave is passionate about finding ways for things to not end up as pollution. That passion led to the process of carbon transformation. (Photo courtesy of Twelve)
Share

Dr. Etosha Cave once spent a summer in Antarctica’s McMurdo Research Station as a scientist working on technologies for NASA space missions. But ask Etosha what part of the experience was most relevant for her work today, and the answer is decidedly down to Earth.

“The human waste management systems,” she says. “Watching them transform materials that would have otherwise been waste into nourishing food for fish was inspiring.”

Etosha has been thinking about sources of waste — and how people deal with them — ever since her childhood. Growing up in Texas, she lived near an abandoned oil and gas site. Chemicals from the facility had leached into the water table, threatening the health of her community.

“Finding uses for things that would otherwise wind up as pollution in the environment became personal,” Etosha says.

Now, she’s part of a team working on a way to keep a particularly infamous pollutant out of the atmosphere. Etosha is a cofounder of the Berkeley-based Twelve, a CZI-supported venture that’s turning carbon dioxide into useful industrial products, such as carbon-neutral jet fuel. Twelve calls the process carbon transformation.

Humanity cannot address the climate crisis unless it largely replaces fossil fuels with renewable energy sources. But Etosha noted that even after years of scientists sounding the alarm, progress has been slow: Only about 7% of energy in the United States currently comes from wind, water and sun. She added that it may be difficult to replace certain energy sources, such as airplane fuel. But Twelve hopes to fill these gaps and transform energy-intensive economic sectors from major carbon emitters to carbon neutral.

“It will take decades to transition our sources of energy, and some industrial emissions have an inherently high carbon cost that may never go away, such as the manufacturing of steel, glass and cement,” Etosha says. “Carbon transformation closes the loop and helps curb the impact of such emissions.”

Twelve — named for the most abundant isotope of carbon, carbon-12 — traces its origins to Stanford University six years ago, when then-graduate student Etosha met then-business student Nicolas Flanders at a gathering for the university’s space club. Between presentations about smartphone satellites and other cosmic ventures, the two struck up a conversation about Etosha’s work with fellow graduate student Dr. Kendra Kuhl on electrolysis. This chemical process uses electricity and a metal catalyst to split molecules of carbon dioxide.

The three students teamed up. With government funds from NASA, the National Science Foundation and the U.S. Department of Energy, they developed a new catalyst robust enough for industrial use. They created a prototype electrochemical reactor capable of scaling carbon dioxide transformation to thousands of tons per day and of transforming carbon dioxide into 16 different potentially useful molecules that can be used in a variety of industrial purposes. Now supported by public and private funders, Twelve has grown into a company of more than a hundred employees and is planning to build its first large-scale pilot plant.

“What we’re doing is essentially industrial photosynthesis,” Etosha says. “We’re transforming carbon dioxide in a manner analogous to what plants do, and the result is carbon compounds and oxygen.”

At Twelve’s headquarters, dishwasher-sized machines process carbon dioxide, splitting and refashioning the gas into molecules that can then be used to make plastics for electric car parts, for instance. The company is also working with fuel manufacturers to help planes one day burn fuel made from recycled carbon instead of standard fossil fuel.

Today, Twelve’s pilot plant can convert a few hundred kilograms of carbon dioxide a year. It’s a drop in the bucket compared to the billions of metric tons emitted in the United States (and tens of billions worldwide) each year. But with support from CZI, Twelve plans to take the first steps in scaling up the technology.

“This support will help us to build a megawatt-sized building block or module that can process two thousand tons of carbon dioxide a year,” Etosha says.

In the long run, the company envisions repurposing carbon dioxide sourced not only from industrial plants, but directly from the air, through direct air capture technology. Etosha hopes that Twelve will help to build a market for carbon dioxide removal that will eventually offer a path to deal with the lingering greenhouse gasses, which can hang around in the atmosphere for decades or even centuries.

“We’re still in early days,” she says. “But we believe carbon transformation to be a critical part of a comprehensive climate strategy.”

To learn more about our new commitments to address climate change through supporting cutting-edge technologies, view our related 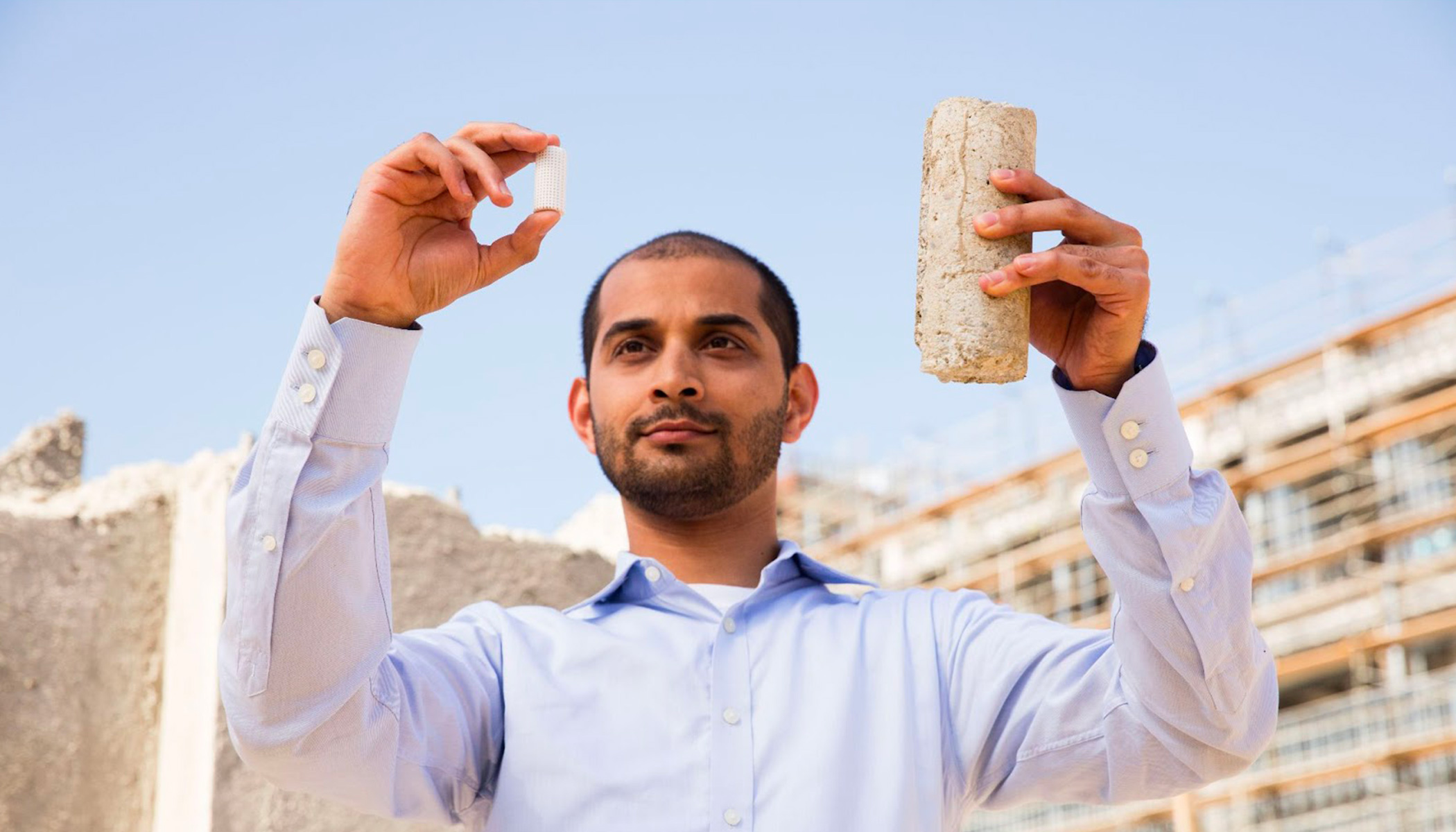