Back to Imaging Grantees 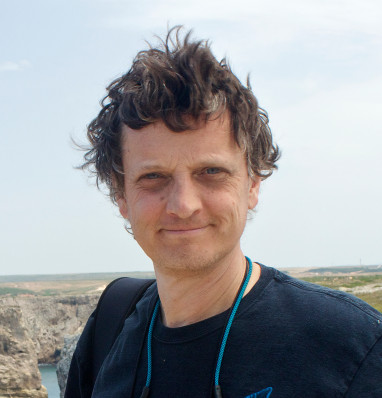 Nico Stuurman studied chemistry at the University of Amsterdam in the Netherlands, where he also obtained his PhD, studying the structure of the cell nucleus. During his postdoctoral work (SUNY Stony Brook, and Biozentrum Basel, Switzerland) and as a staff scientist (University of Leiden, The Netherlands), Nico discovered his love for the technological challenges associated with scientific discoveries. He joined the laboratory of Ron Vale at the University of California, San Francisco (UCSF) as a research associate, where he worked with graduate students and postdocs on projects involving microscopes and computer analysis. He collaborated with developers worldwide on the open source image acquisition software µManager, used in thousands of laboratories. Nico taught and co-organized multiple courses, such as the physiology course and the Analytical & Quantitative Light Microscopy courses at the Marine Biological Laboratory at Woods Hole, the Bangalore microscopy course, and online microscopy courses. In 2022 Nico has moved to Altos Lab where he co-directs a microscopy core. He is now considered an alumnus of the CZI Imaging Scientists Program.

Researchers can address many interesting research questions in the life sciences by using a variety of approaches involving light microscopes and image analysis. Standard microscope equipment often does not suffice, and research often requires creative adaptation of existing equipment and building new instruments and/or analysis pipelines. Nico will work directly with researchers at UCSF to select the best possible imaging and analysis strategies for their projects, and to help build microscope hardware and software as well as analysis tools. These tools will be made widely accessible by using open source environments, such as the image acquisition software µManager, which was co-developed by Nico and funded by CZI’s Essential Open Source Software for Science Program.