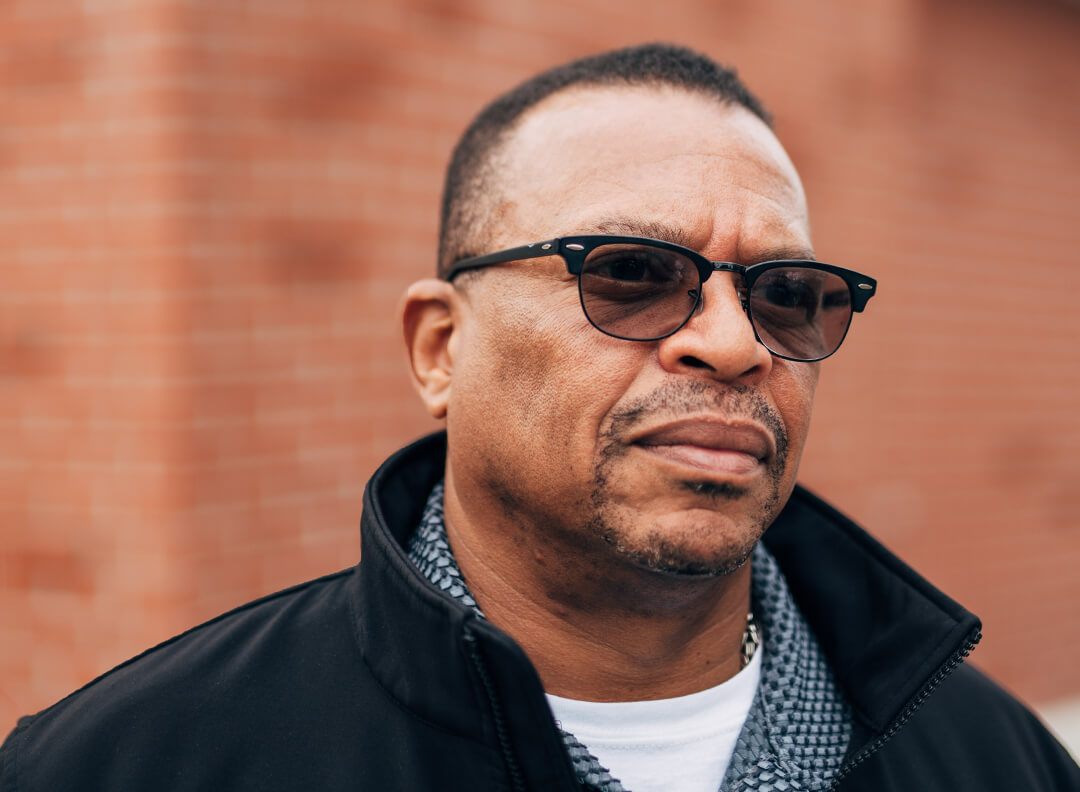 It has been a few years since I walked out of the iron gates of San Quentin State Prison after serving a little over 12 years. I am at a wonderful place in life: good job, great family, and a cadre of loyal, loving friends. However, I struggle with my new life of freedom, not because it is difficult. Rather, I feel the burden of survivors’ guilt.

Every day, I get to experience what most of the 2.2 million people in our nation’s lockups fantasize about: Sleeping on a soft mattress, eating non-institutionalized food, and living in a safe environment not defined exclusively by concrete and steel. But more importantly, I get to do what they dream about most: re-entering society and thriving.

I feel strongly that telling the collective stories of incarcerated people is my duty.

In my work at CZI, one of the toughest aspects of my survivors’ guilt is having to figure out how to tell the world that the vast majority of incarcerated people are just people, not “convicts,” “criminals” or any of the other pejorative labels our society puts on the men, women, and even children who have made mistakes. I feel strongly that telling the collective stories of incarcerated people is my duty. I hope to move our society past the sensationalism of crime and punishment to a realization of the damage this system inflicts on real people and our country overall. My method to inform people of this very real impact — along with the potential for redemption that every system-impacted person carries, is to tell my own story honestly and openly, without shame or embarrassment.

Before my incarceration, and against everything my parents taught me, I dropped out of college to pursue my dream of entrepreneurship. I founded a small geotechnical company in the San Francisco Bay Area. While my professional life was taking off, my personal life was heading for disaster.

In 2001, I was charged with felony assault, which was ultimately lowered to a misdemeanor threat charge. After about 18 months, the court dismissed the case. I subsequently moved on with my life.

A little under three years later, a different prosecutor filed charges against me for the same matter which had been dismissed. Most people would think this is double jeopardy. However, it is not, because I never went to trial on the original charge. The new prosecutor used the same, 2001 police report for a misdemeanor to instead charge me with 11 felonies. On this day, I learned what everyone who has contact with the criminal justice system knows: prosecutors are the most powerful actors in the criminal justice system…

As I moved through the legal system, I also learned our criminal legal system is rife with discrepancies which skew toward conviction. For example, people of color are: more likely to be offered a plea deal that includes prison time, are more likely to serve longer sentences than white Americans for the same offense, and are more likely to be disenfranchised because of a felony conviction. I also learned it is a system that relies heavily on incarceration—especially toward people of color and poor people. I was about to learn a lot more.

In 2004, I was sent to one of the most notorious prisons in California: Corcoran State Prison. Corcoran was a combat zone where I witnessed every type of violence imaginable.

During my first week at Corcoran, I was walking the prison yard and witnessed a man who had just been stabbed. He stumbled, clutching his stomach while blood pulsed through his fingers. My instinct was to help him but a fellow inmate warned me: If the gun tower were to see me with a bleeding inmate, I’d be shot; if the black inmates saw me assisting a white man, I’d be stabbed. It was the first of many dehumanizing and frightening aspects of my incarceration.

Fortunately, after a couple of years at Corcoran, I was transferred to San Quentin, which is a medium security facility. While working as a clerk in the prison print shop, I was asked by the warden to reinvigorate the prison’s newspaper, the San Quentin News. Myself and two other men, without any knowledge of publishing a newspaper, took on the challenge. Within a year, the newspaper gained national attention.

My colleagues and I began inviting community leaders, politicians, prosecutors, and other dignitaries into the prison. We held forums and spoke about our collective experiences and gave our thoughts on how to make changes to the criminal justice system. Amazingly, some of the people who attended our events listened to what we had to say and we were able to get some minor policies changed. It was here I found my passion for criminal justice reform.

From the newspaper, I applied and was accepted into The Last Mile, a first-of-its-kind program, which taught incarcerated people to write computer code.

After completing the coding curriculum, I was hired to the first-of-its-kind software development shop inside of a correctional facility. I learned industry standard for software development and worked on a myriad of projects. These skills and the investment in me from these programs gave me hope and confidence that I would rebuild my life and thrive after incarceration.

Upon my release, I went to work as a software developer in San Francisco. To bolster my skills, I later signed up for a coding boot camp and took a four-month hiatus from work to study. When I completed the course, I began applying for full-stack developer roles.

This is when I met a CZI recruiter. We had many conversations about my background as well as my passion for criminal justice reform. I was invited into CZI for the first round of interviews. I was also interviewing at a leading tech company, which extended an offer. I decided to take the CZI offer because it is a dream job which will allow me to help others who have been impacted by the criminal justice system.

We are helping to build powerful coalitions of unlikely allies to deepen support for reform.

In an age of mass data and mass communication, prosecutors’ offices function with limited data and little information sharing. And, unfortunately, the key metric for success in this profession is a conviction, rather than metrics tied to community health and safety. When a prosecutor charges someone with a crime, there is a strong likelihood  that the accused will be convicted.

At CZI, we are working to help transform the practice of prosecution, so that key decisions that are made quickly in the justice system, yet have long lasting consequences on defendants, their families and entire communities, are enriched with insights from data analysis and are tied to outcomes like community health and safety, not just years of incarceration. We are helping to build powerful coalitions of unlikely allies to deepen support for reform. We are reaching across the political aisle to make criminal justice reform an American issue, not one bogged down by partisan politics.

And, above all, we are committed to working with impacted communities, including crime survivors, formerly incarcerated people, law enforcement and corrections, to redesign a justice system that restores and rebuilds.

I am both blessed and excited to be a part of it.