Behind the Movement with John Jones III 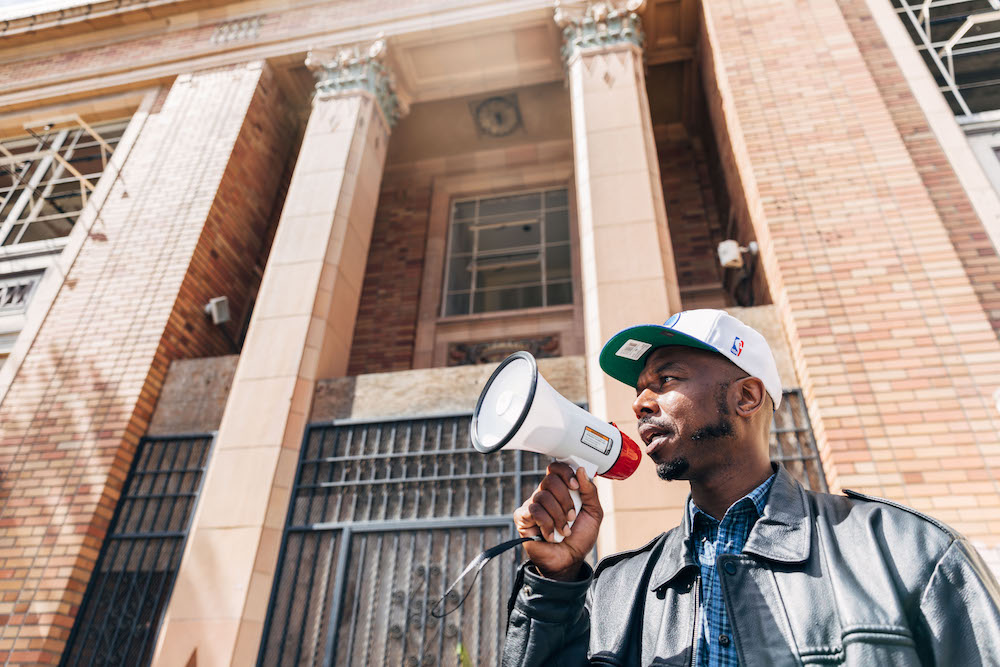 May 2019 | John Jones III recites an “I believe” chant outside of the former Safeway headquarters building where his grandparents used to work, in East Oakland, CA. Photograph by Dale Ramos
Share

Housing is a human right, and it’s a beautiful thing to be in solidarity with people who are fighting for the same thing.

John Jones III is an East Oakland, CA native. He has deep generational roots in Oakland’s diverse neighborhoods and has seen the effects of rising housing costs and displacement firsthand. John’s creativity and unrelenting desire to dream big and take action to preserve the communities he knows and loves are what make him a fitting leader for Just Cities and its movement.

Just Cities, formerly The Dellums Institute for Social Justice, was formed out of a need to design more equitable communities and seek restorative justice for those who have been left out of the equation. John, who is the Community and Political Engagement Director, joined Just Cities in 2018 and relies on his influential relationship-building skills to connect residents with decision-makers. He also leads the Fair Chance to Housing campaign. It promotes access to stable housing for formerly incarcerated people, and a “Ban the Box” initiative focused on housing policies, starting with reform in Alameda County, Oakland, and Berkeley.

Just Cities may be a young organization, but it’s poised to continue Ron Dellums’s legacy in Oakland and serve as a model of change for other cities.

They’re everyday folks. Housing is a human right, and it’s a beautiful thing to be in solidarity with people who are fighting for the same thing. I think a lot of systems are designed to separate us and focus on our perceived differences as opposed to finding our common ground. You don’t have to be the next Martin Luther King Jr. or Coretta Scott to affect change. You just simply have to be you.

I started in 2013, primarily out of need. I’m formerly incarcerated and paroled in June 2012. For 18 months after, I was both unsheltered and unemployed. Those were dark times. I met somebody who invited me to a meeting to talk about some of the things that I was experiencing, and that opened the door for me.

So what I’ve seen over the last six years is real power being exercised. I’ve seen transformation. I’ve seen so many more leaders emerge. And we have some progressive champions in this new iteration of City Council. Some of them I knew before they even got into office so it’s a beautiful thing to see them build power both inside and outside the system.

For me personally, the key difference is arriving at a place in my life where I’m seen as a subject matter expert who has the ear of elected officials.

You don’t have to be the next Martin Luther King Jr. or Coretta Scott to affect change. You just simply have to be you.

People of color have long suffered from housing inequalities. You see that fight every day, so why is it important that you do the work?

There’s always been a crisis that defines an era, and right now it’s housing. We can talk about housing and we can talk about the budget as if it’s simply a matter of crunching numbers and “dotting i’s and crossing t’s.” That’s not what it’s about. We make sure that we put a human face to this issue every step of the way. In my opinion, it’s harder to oppress people if you see them as people.

You’re an East Oakland native. How have policy and, as a result, gentrification contributed to the reshaping of Oakland’s neighborhoods?

If we look at the history of Oakland and how we grew and how communities were formed, each one was a hodgepodge collection of small villages that became Oakland in 1909. I’m starting there for a reason. What we’re experiencing today is really the result of, to your point, policies that have weakened communities of color over time.

This year is a budget year, and City Council conducted a survey of residents who said their number one priority is housing the homeless. Yet, this hasn’t been reflected in the budget. Instead, a disproportionate amount of funds is going to the police again.

We’re dealing with a number of factors. But to be clear, the reason why we’re not getting to a solution is because it’s not prioritized [by decision-makers].

Why have you focused your efforts in Oakland? Why now?

There’s always been a crisis that defines an era, and right now it’s housing.

The largest demographic impacted by the housing issue is the black community. There are 43,000 fewer black residents in Oakland today. At one point, we were the majority at 47%.

You can see the focus right there. The focus is not helping the people who have been here long term. The focus is to create a new Oakland that will attract people to come into the city. I, for one, think seeing new faces is a beautiful thing. My concern is that we’re seeing marginalized people getting pushed out. This new Oakland is not the Oakland that has been experienced, historically, by all of its residents.

If you can imagine an Oakland in which restorative justice in policy, planning, and development has been achieved, what does that look like?

That looks like the Oakland my paternal grandfather moved to in the 1940s. And it’s possible. When I said that we’re approaching a tipping point, that’s partly due to the lack of political will.

Oakland is located where San Francisco should have been. We have better weather. We’re more accessible. Look at our proximity to the most prestigious universities in the world. There’s something special about our flavor, rhythm, and culture. But we lose those special elements when we lose the people who brought it here.

What are you and Just Cities doing to get to that Oakland you just described?

We know that we aren’t going to solve this crisis alone. One of the big things we’re focusing on is anti-displacement efforts to keep business in our communities and people in their homes.

I believe in miracles. I am living a miracle right now as we speak. And I think, as people, we’ve all been in situations where we had no idea how we were going to come out of them. But we did. Like Frederick Douglass said, “If there is no struggle, there is no progress.”

We’re fighting for something, and we’re being told “no.” But I will not be deterred. One of my colleagues, Dr. Prince White — may he rest in peace — said, “Power is the ability to get someone to do something who otherwise doesn’t want to do it.” I’m looked at as an organizer and as an activist and as an advocate. My job is to change the system. Clearly, I’m not going to do it by myself or there would be no such thing as organizing.

What does the next stage of this movement look like for you and Just Cities?

Inspiring our present and future generations of leadership, because the fight continues. For us, it’s staying focused and being more proactive. I really think it’s important to be visionary. We don’t always have to be reactive to respond to that immediate need as opposed to saying, “What would the world look like absent of these things, and what steps we can take to get there?”

A colleague and I planned a town hall where we brought decision-makers in close proximity to merchants who were directly impacted by the Bus Rapid Transit (BRT) construction. I’ll never forget one woman who said in her roughest time running a business she would bring in anywhere from $300 to $400. Now, her daily intake is $60. As a result, the Vice Mayor promised to convene a meeting to change the assistance program to ensure it positively impacts businesses. To me, that was a big win.

There are two forms of power. Money and people. That’s how people can support. It can be financial or it can be coming to meetings. And above all, we want people to go back to their circles and spread the knowledge, because there’s room for everyone to be involved. I think it’s our civic duty. 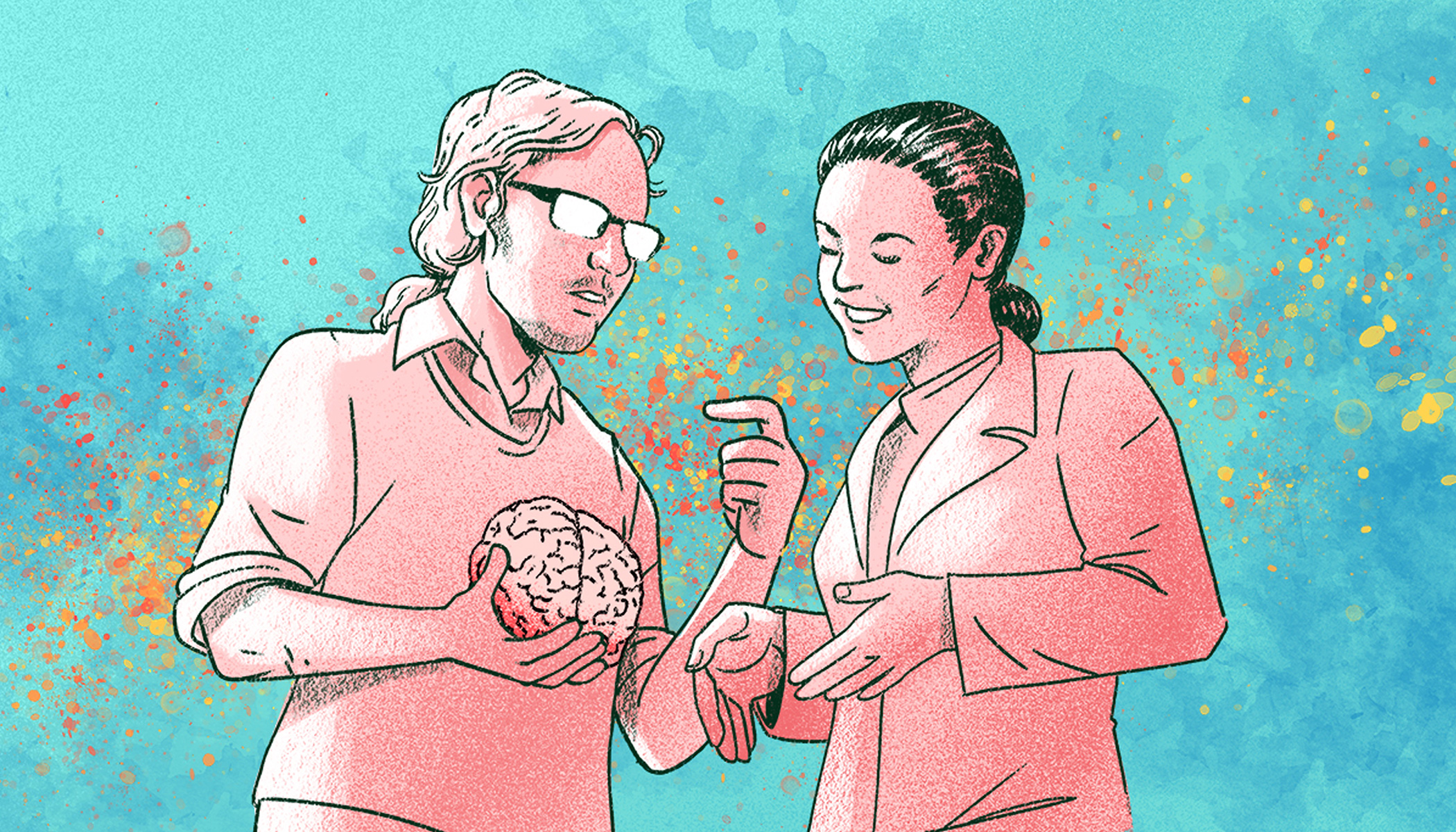 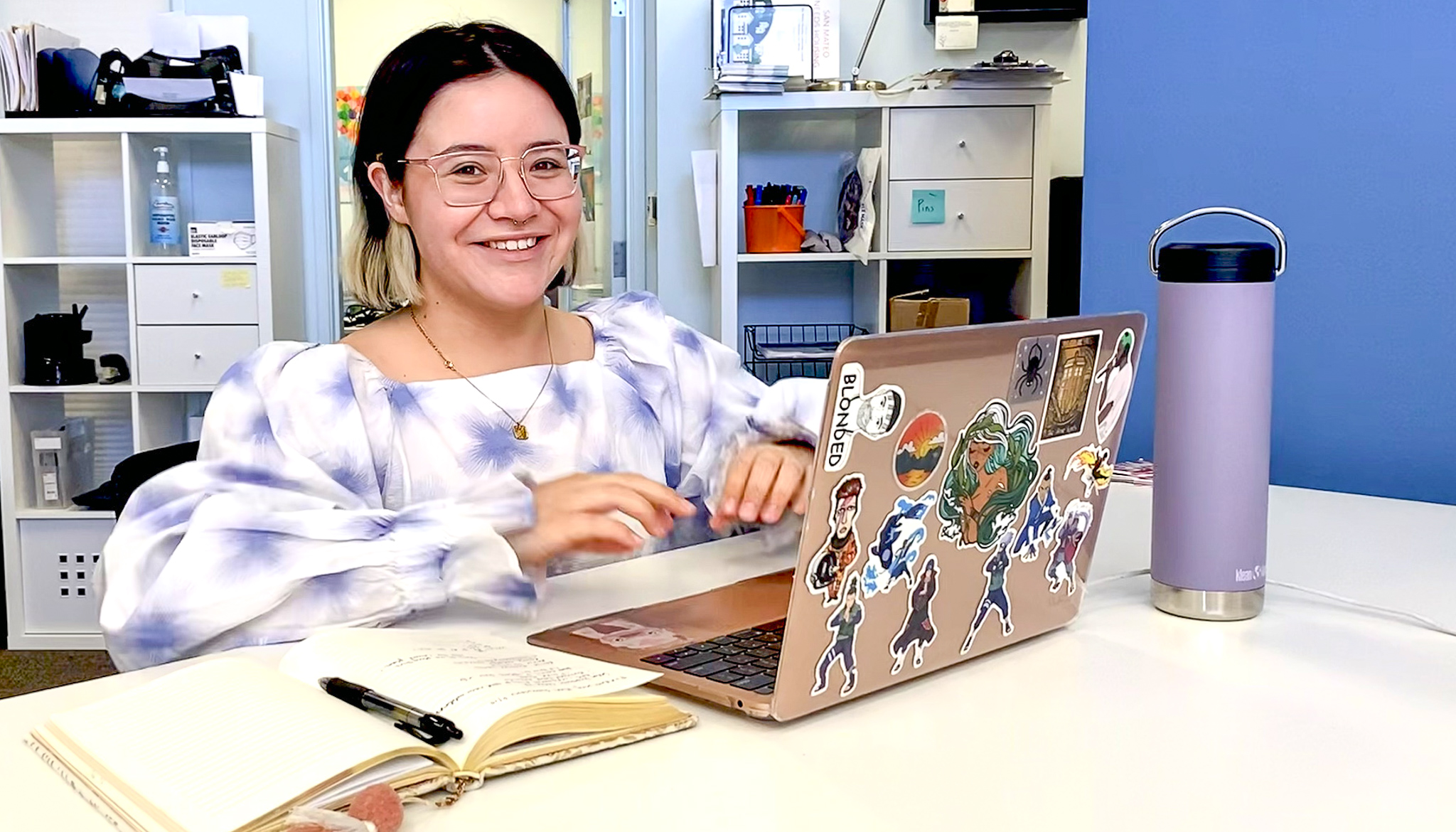 MOVEMENT & CAPACITY BUILDING
A Day in the Life of a Housing Affordability Advocate: Fernanda De Velasco