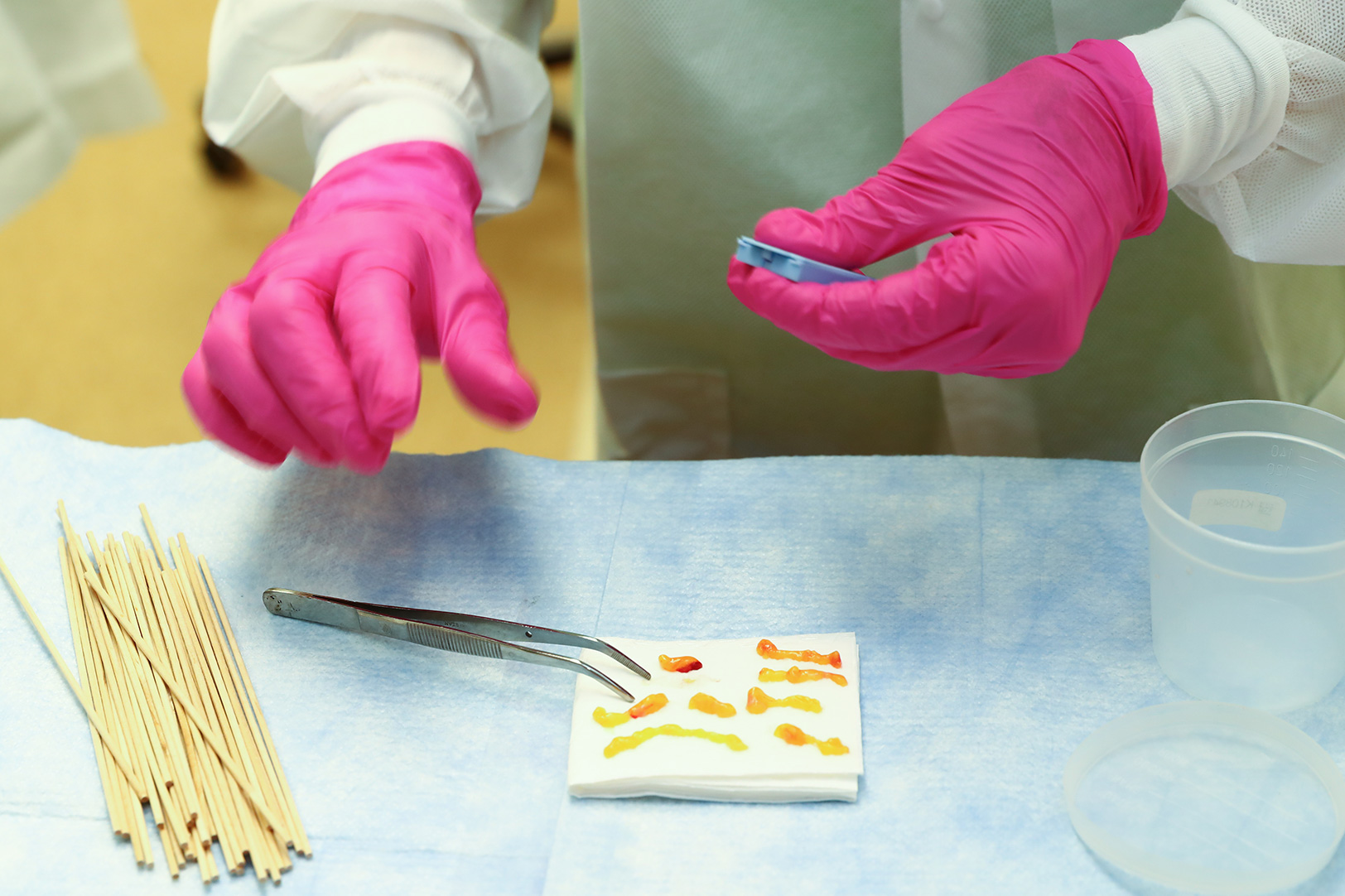 The Human Cell Atlas has an ambitious aim: to catalogue, in the service of science and medicine, every cell type in the human body.

But that begs the question: whose body?

Historically, genomics and other fields that investigate human biology have focused on people of European ancestry. Genetic ancestry is one factor that impacts disease severity, outcome, and treatment; it can help us understand why different people of different racial and ethnic groups, categories defined by individuals and societies but related to ancestry, have different susceptibilities to disease and different health outcomes.

Research based on a narrow slice of ancestral background is not good for science or for the communities that science is meant to serve. Studies that don’t include representative populations can create further inequities in treatment and health outcomes.

That’s why scientists are changing the historical paradigm by making the field of single-cell biology – and the data researchers gather – more representative of diverse racial, ethnic, and ancestral backgrounds.

Black, Indigenous, Latinx, and Southeast Asian communities are often underrepresented in genomic research. These researchers are collaborating with local scientists and stakeholders to co-conduct the research, and will share findings with the communities. Through this work, they are exploring how to translate science into new ideas for diagnosing and treating disease to support communities in improving health outcomes.

Read on to learn how CZI is supporting this work and what we can learn about creating a Human Cell Atlas that is truly representative and beneficial to all.

Scientists from Sarah Tishkoff’s lab and their collaborators at the University of Yaoundé bounce along a bumpy road in a four-wheel drive vehicle, with a portable generator used to run a centrifuge and a canister of liquid nitrogen for storing samples in the trunk. They’ve been driving for 24 hours across Cameroon to visit a remote tribe of hunter-gatherers.

For decades, Tishkoff has been an advocate for greater representation in scientific research, notably in the study of populations across Africa. She knows firsthand how a lack of infrastructure can drive inequity in science and is partnering with local stakeholders to help change that.

“If we want a more complete understanding of human genetics, we must include African individuals in research studies,” says Tishkoff, a UPenn professor. “There is more genetic and cultural diversity across the 54-nation continent than anywhere else in the world.”

Over the course of six months last year, the researchers from the University of Yaoundé and UPenn led a project to collect blood from more than a thousand people in rural Cameroon. The cells in these samples – the granulocytes and monocytes, the T cells and B cells – are part of a wider cataloguing effort known as the African Immune Cell Atlas. Supported by a CZI grant, its goal is to help scientists understand differences in the immune systems of different ethnic groups that can lead to potentially life-saving research.

“Getting exploratory research like this funded has always been challenging,” says Tishkoff. “But if we want to alleviate health disparities and pursue equity, this is the kind of work we need to be doing.”

The research starts with building trust, as the research team members collaborate and build relationships. They visit homes, schools, and town halls to talk, listen, and answer questions; sit down with leaders and governments to acquire permits and approvals; work together with scientists and locals in the countries and communities where they do research; and partner with regional clinics and hospitals.

The research team returns to the communities to share what they find and continue the conversation about how this science can benefit them.

“Reciprocity is important,” says Tishkoff. “We don’t want to do helicopter science, which is when scientists from wealthy countries drop into developing countries to do their work, with little local involvement.”

The analysis her team has just begun across multiple regions could shed new light on how African populations have adapted to their surroundings over generations, including how their genetics have changed to provide resistance to the diseases they encounter, from malaria to Ebola. What she finds could hold importance for all people of African ancestry and for others across the globe.

“We want to find the genetic variants that give certain groups protection from disease and understand how those adaptations could affect the risk for disease in new environments,” says Tishkoff. “How does resistance to a disease like malaria, for instance, affect the odds of developing diabetes?”

“My face looks Indian,” he adds.

“But what about everything in between: my RNA, my proteins, my tissues? There must be something of my ancestry in my molecular makeup, and that’s what I want to understand.”

A systems biologist at the Genome Institute of Singapore, Prabhakar co-leads a project called the Asian Immune Diversity Atlas. This effort explores the immune systems of people living in Singapore, India, Japan, South Korea, and Thailand – by carefully examining white blood cells, one at a time.

Partnerships are key to this effort, which brings together Jay Shin of Japan’s RIKEN, Woong-Yang Park at the Samsung Genome Institute in South Korea, Partha Majumder at the National Institute of Biomedical Genomics in India, and Varodom Charoensawan at Mahidol University in Thailand, among others.

“We want to empower science locally in each country, so most of the sample analysis for this effort is being done on-site, locally,” says Prabhakar. “A critical part of this project is collaboration: getting everyone aligned, harmonizing our ethics and consent policies, and ensuring that everyone is collecting the same kind of data.”

By working together and sharing knowledge, these institutions are bolstering their expertise in single-cell technology and strengthening basic science in Asia, as they broaden the diversity of genomics research.

The studies they are doing on single cells would not have been possible a few years ago. But thanks to advances in commercial technologies, computational techniques, and lab methodologies, single cells now offer a treasure trove of data.

Prabhakar and his colleagues are focusing on two pieces of information inside the cells: how much RNA each gene makes (the cell’s gene expression levels) and how accessible different parts of the DNA are to being read (the cell’s chromatin openness). By comparing 20,000 genes and 500,000 different parts of the DNA, the researchers hope to generate profiles for every cell type. These profiles will help them distinguish different populations of cells inside a person – and provide a window into the variety that exists between different people and groups.

“We want to push the basic science of how people are different from each other in health and in disease,” says Prabhakar. “The long-term vision is for this to inform precision medicine, by allowing us to understand what is normal for different groups, and what signals disease.”

With the aim of translating this work into clinical applications, the project has been working closely with regional public health experts to identify concerns particular to different countries. Adults in Singapore, for instance, are predicted to have a higher per capita incidence of type 2 diabetes than the United States by 2050. Indian men have a higher likelihood of dying from coronary artery disease than Japanese men, even when their cholesterol levels are the same.

This spirit of collaboration has brought together an authentically aligned community, says Prabhakar.

“When you ask a community what problems it is facing and focus on an unmet need that everyone says needs to be addressed, you don’t have to knock on doors,” says Prabhakar. “Doors open for you, and people ask to join you.”

In the United States, African-American women tend to be harder hit by breast cancer than women of European ancestry. Some of this can be explained by the racism these women face in the healthcare system. But, even when controlling for this and for other factors like income, there seems to be a biological component to this disparity, says Harikrishna Nakshatri.

Six years ago, he discovered a potential explanation: a unique group of cells found in the breasts of African-American women.

His latest research expands this work and begins to look at other ethnic groups. He is adding people of Asian and Latinx descent, and also hoping to help explain why women of Ashkenazi descent tend to have a higher risk of getting breast cancer but better outcomes than women with European ancestry, while individuals of Native American descent tend to have a lower incidence of the disease, but worse outcomes.

“We know that genetic ancestry can play a role in breast cancer,” says Nakshatri, a professor at Indiana University. “To understand how, we need to look at different groups of people.”

For Nakshatri, understanding cancer risk starts not with cancer cells but with cells collected from healthy individuals. Over the past decade, he has been working in partnership with a breast cancer survivor who, with help from medical oncologists and surgeons, built an unusual repository of samples: The Susan G. Komen Tissue Bank. Housed at the Indiana University Simon Comprehensive Cancer Center, it contains more than 5,000 tissues collected from healthy donors by an army of volunteers.

This collection has taken place across the country. With historical inequities and abuses in mind, Naskshatri and his partners have enlisted the aid of patient advocates and leaders to broaden their reach in diverse communities. Communities spread the work internally, and volunteers report that they give tissue because of the value they see for their friends and their families.

“We had a 93-year-old come in and donate breast tissue,” says Nakshatri. “She hopes what she gave will be helpful for her grandchildren.”

In March, his team published an analysis using samples from this tissue bank. By measuring and comparing messenger RNA levels inside cells, the researchers identified 23 different types of cells in the breast, as well as the relative proportions of these cell types. This work also showed that most breast cancer cells likely originate from four of these cell types, laying the groundwork for further investigations of how healthy tissues turn malignant.

Understanding the cellular makeup of the breast is a starting point for developing future diagnostic tools. Today, cancer risk is usually assessed using family history; a woman’s odds of getting breast cancer are higher if a mother, sister, or daughter has developed breast cancer. Nakshatri envisions a new approach in which a woman can take samples of breast tissues at different ages to track her risk, using biomarkers.

For health systems to be effective at preventing disease and producing positive health outcomes across different groups, approaches like these must start by centering ancestry. Equity underpins the success of the diagnostic test Nakshatri wants to develop. Trying to diagnose someone with African ancestry based on samples from people with European ancestry may be comparing apples to oranges. What is normal and what is not normal can vary, so including samples from different ethnic groups is essential for calibrating any test.

“We are just scratching the surface, and it will take a while to translate this into clinical practice,” says Nakshatri. “But if this succeeds, we could develop a biological test that supports better health outcomes for all.” 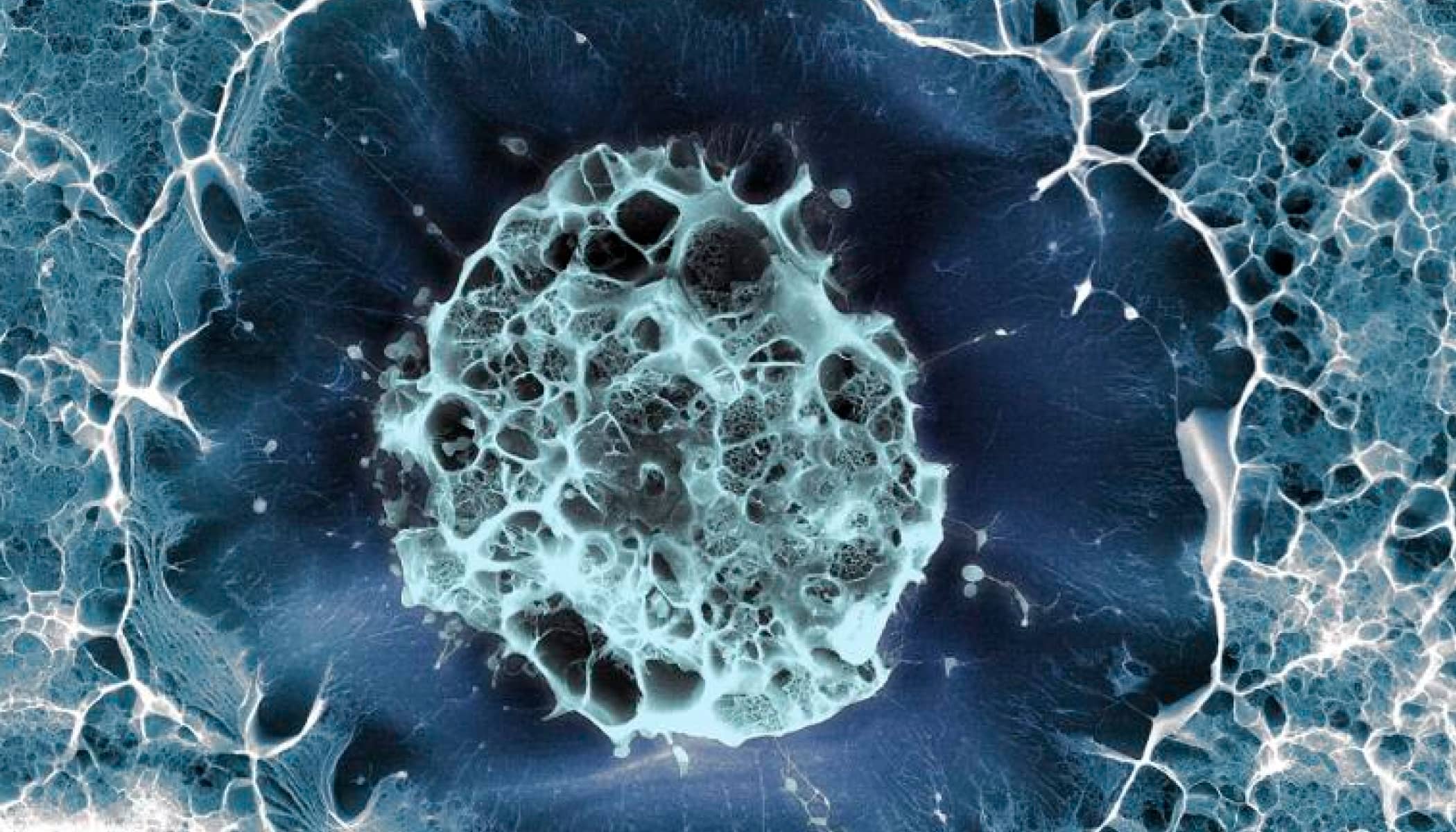