Visit Community
IN OUR COMMUNITY

In Our Community: Boys & Girls Clubs of the Peninsula 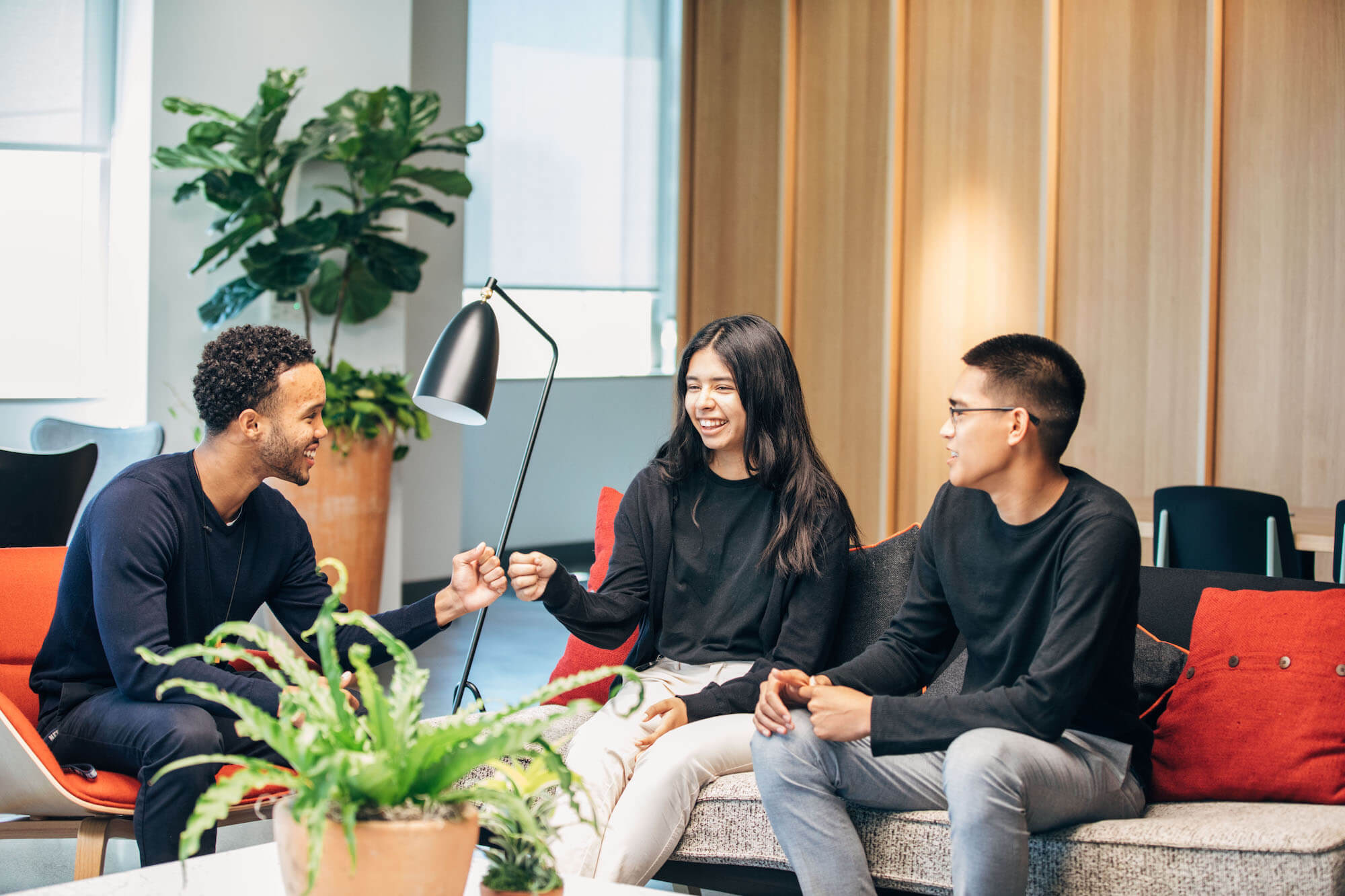 “I bring a voice and a younger perspective to the organization,” said Adrian. “[At CZI], we want to hear from the community. I’m part of the community and I can bring their ideas here.”

As part of their internships, Ashley, Adrian, Dez, and their Boys & Girls Clubs intern peer group attended a professional development training and met weekly to discuss their internships together as a group. The programming was developed to build camaraderie and give the students an opportunity to share their experiences and learn from one another.

“Not only is [the Boys & Girls Clubs] preparing me for the technical things in the workplace, but also the social and interpersonal aspects of going to work every day,” said Dez. “I learned it’s not only okay — it’s important — to bring the most authentic version of myself to every room and meeting and every interaction. Being myself is a strength.”

The Peninsula is a complex place to grow up, and many students encounter barriers to academic success. In its 60+ years serving the community, the Boys & Girls Clubs of the Peninsula has developed deep partnerships with area school districts and community groups to create programming that removes obstacles and helps students excel in the classroom and beyond.

“Our mission is to give students in our community the opportunity they need to graduate high school prepared for college or a career,” said Elizabeth Harris, Grants Manager for the Boys & Girls Clubs of the Peninsula. “Our kids are really impressive. Without exception, every student I’ve met knows who they are, what they want to do, and is so real and authentic.”

For Ashley, the Boys & Girls Clubs of the Peninsula’s academic and college readiness programming has helped her build confidence ahead of her departure to college later this fall. “[The Boys & Girls Clubs] helped me a lot with personal and professional development,” she said. “I’ve found out interests I never knew I had. For example, I never realized I liked science and now I’m going to be pursuing it at school. The Club gave me clarity about my future. It helped me take my passions and create a path to build them into a career. They’ve had a huge impact on how I can create success for myself academically and personally.”

Adrian’s experience has been similar. His participation in the internship program introduced him to new industries and careers to consider for the future. “It’s been great,” said Adrian. “[This internship] exposed me to work that helped me think about my future and a different career path. I’ve been absorbing everything. It’s really cool to see how CZI aligns with my classes at school. I’m really excited to see what my final outcome can be.”

So what’s next after summer internships and school? Ashley wants to bring together her passions for chemistry and supporting women to practice obstetrics and gynecology in the future. Adrian wants to work with students, connecting with the networks around them to help them find success. Dez’s experience at CZI helped him think about new goals. “Because of my experience at CZI, I want to create my own nonprofit that helps struggling organizations with their operations. I want to support the underdogs with the big dreams.”

The Boys & Girls Clubs of the Peninsula’s intern program reached a milestone this summer term: a recent college graduate and a participant in the program was offered a full-time position with one of the intern program partner organizations.

CZI supports The Boys & Girls Clubs of the Peninsula through the CZI Community Fund, a grantmaking program that funds local organizations working to address urgent needs in the communities of Belle Haven, East Palo Alto, North Fair Oaks, and Redwood City. CZI will be accepting applications for the next round of the CZI Community Fund from August 13, 2019 – September 12, 2019.

Learn more about The Boys & Girls Clubs of the Peninsula at www.bgcp.org.

Learn more about the CZI Community Fund at chanzuckerberg.com/community/fund.

In Our Community
A Model for the Nation: Building a COVID-19 Testing Lab in Only Eight Days
An Invisible Crisis: Shining a Light on Students Experiencing Homelessness
“We Have to Heal this Anti-Blackness:” A Nonprofit Fights For Health Equity in San Francisco
Tag: Community