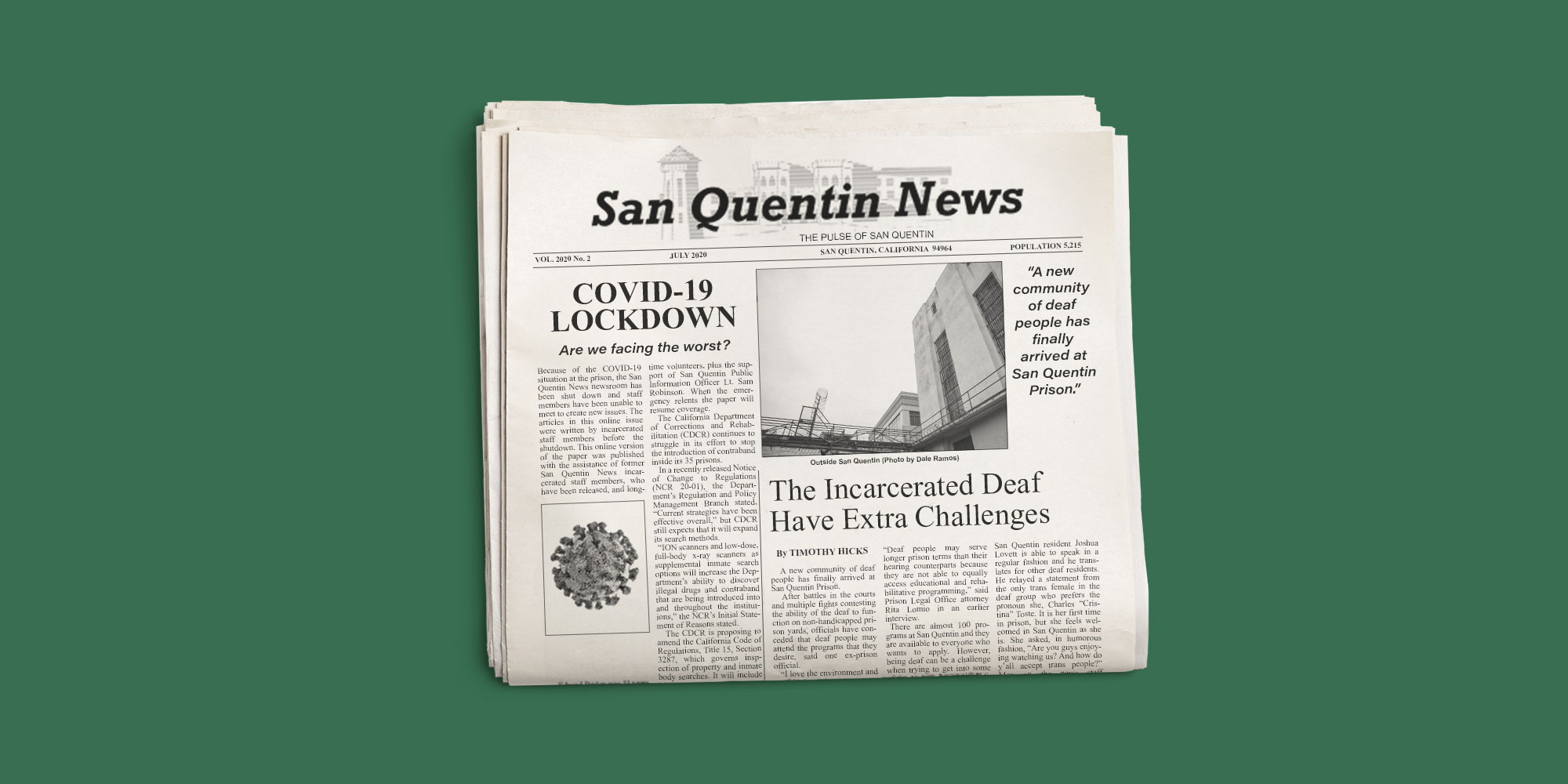 SAN QUENTIN, Calif. – San Quentin News, the award-winning newspaper run by a staff of incarcerated and formerly incarcerated journalists at San Quentin State Prison (San Quentin), announced today it has resumed monthly publication and distribution to prisons and communities across California. The newspaper, which reports on rehabilitative efforts to increase public safety and achieve social justice inside the prison, returns to circulation after a six-month hiatus due to the COVID-19 pandemic.

The relaunch was made possible by support from the California Department of Corrections and Rehabilitation (CDCR) as well as a $75,000 rapid response grant from the Chan Zuckerberg Initiative (CZI) to Friends of San Quentin News, the affiliated non-profit organization that provides development and fundraising support for the San Quentin News. In addition to financing the costs of printing and distribution for the paper for six months, the grant will also be used to establish an external fellowship program allowing formerly incarcerated staff members to continue to support the San Quentin News following their release.

Prior to the pandemic, the newspaper was circulated across the entire network of California state prisons supported by a large and ongoing multi-year grant from the Reva and David Logan Foundation and approximately 300 individual donors.

“I had the privilege to work for the San Quentin News while incarcerated at San Quentin. Since being released on May 1, I am honored to still contribute to the newspaper,” said Jonathan Chiu, the former San Quentin News layout editor and crossword creator. “While my incarcerated family is not able to continue our mission of rehabilitation through prison journalism during the pandemic, our entire formerly incarcerated news staff is excited to assist and keep SQN’s mission of advancing social justice.”

San Quentin News resumes its operations during a critical time for the American criminal justice system, as prisons and correctional facilities across the country continue to disproportionately confront the pervasive impacts of the COVID-19 pandemic. The new edition of San Quentin News features reporting on the pandemic from inside the prison walls, families unable to see their loved ones because of quarantines, and other content, including fighting contraband inside prisons and the challenges deaf people face in prison. After San Quentin News’ operations were suspended, several of its journalists tested positive for COVID-19 and provided guest commentary or reported on conditions inside of the prison for publications including The Washington Post and Business Insider.

“The San Quentin News gives voice to people experiencing incarceration in a way few other publications can,” said Aly Tamboura, Criminal Justice Reform Manager at CZI and former San Quentin News staff member. “It’s absolutely critical that we help get it back up and running, as thousands of people incarcerated across California – who are all disproportionately impacted by COVID-19 – rely on the paper each month. And not only for news, but also for critical updates about reform efforts, policy change, and State decisions that regularly impact their cases.”

The California Department of Corrections and Rehabilitation (CDCR) backed the resumption of the newspaper, which will also be distributed to the network of California State Prisons and serve as a trusted information source for the incarcerated and their loved ones during the pandemic.

San Quentin News employs a staff of 12-15 incarcerated men, aided by a group of professional advisers and volunteers to produce the newspaper. To date, there is a zero percent recidivism rate among SQN staff members released since 2008. In 2015, staff members were the first journalists in a U.S. prison to become members of the Society of Professional Journalists.

“San Quentin News is a unique and powerful enterprise that builds hope both within the institution itself and far beyond its walls,” commented Richard Logan, President of the Reva and David Logan Foundation. “The ability for the incarcerated to voice their humanity and report the news to their peers, families and the public at large engenders respect and a sense of inclusivity – the positive results of which are clearly in evidence in all who have participated. We must ensure the model endures and expands.”

San Quentin News (SQN) is a news agency written by the incarcerated men at San Quentin State Prison whose mission is to report on rehabilitative efforts to increase public safety and achieve social justice. Prior to the COVID-19 pandemic, SQN is published monthly and reaches more than 30,000, including readers in all 35 state prisons in California and select California jails and communities across the country. The staff focuses on news at San Quentin, including events, guest speakers and programming, as well as criminal justice reform and related advocacy efforts beyond the prison’s walls. The staff also produces a quarterly magazine, Wall City, which includes features and investigative pieces providing in-depth looks into the lives of currently and formerly incarcerated individuals and their families. To date, there is a zero percent recidivism rate among staff members released since 2008.

Founded by Dr. Priscilla Chan and Mark Zuckerberg in 2015, the Chan Zuckerberg Initiative (CZI) is a new kind of philanthropy that’s leveraging technology to help solve some of the world’s toughest challenges — from eradicating disease, to improving education, to reforming the criminal justice system. Across three core Initiative focus areas of Science, Education, and Justice & Opportunity, we’re pairing engineering with grant-making, impact investing, and policy and advocacy work to help build an inclusive, just and healthy future for everyone. Learn more about CZI’s criminal justice reform work here and follow on Twitter @ChanZuckerberg.

The Reva and David Logan Foundation is a Chicago-based family foundation that provides strategic grants to support social justice, the arts and investigative journalism around the world. Searching for opportunities with urgency and intent, and acting decisively, the Foundation undertakes to employ its financial and human resources to support meaningful programs that disrupt the status quo to change society for the better. 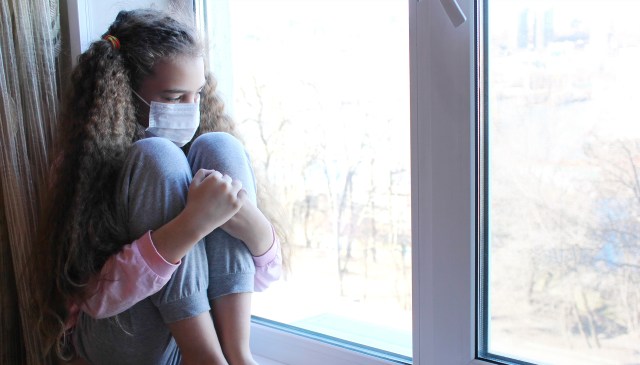 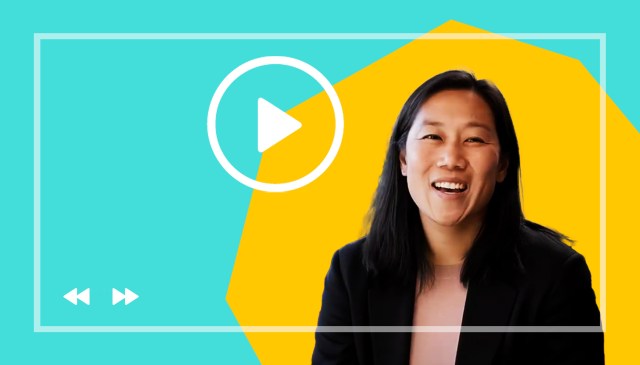