Cryo-electron microscopy (cryo-EM) can determine the structures of purified proteins to atomic resolution and visualize cells with subnanometer resolution. Cryo-EM relies on phase contrast, producing two-dimensional phase-resolved images based on the delays experienced by electron wave fronts as they pass through protein complexes or cells embedded in vitreous ice. Since a perfectly focused lens produces minimum phase contrast, cryo-EM images of weak phase objects, such as protein complexes or cells, are acquired at high underfocus. While this increases the phase contrast of the specimen, there is a resulting loss of information across all spatial frequencies, limiting resolution of the resulting three-dimensional reconstruction. A phase plate can solve this problem by shifting the phase of the unscattered electrons relative to the scattered electrons by 90 degrees. This results in dramatically enhanced phase-contrast, potentially extending over feature sizes from many nanometers down to atomic resolution. The enhancement in contrast over such a wide range of spatial frequencies translates directly into better information efficiency.

The Fitzpatrick lab will develop a pulsed ponderomotive phase plate that allows in-focus phase contrast of cryo-EM specimens. By focusing a pulsed laser to intersect the post-specimen electron beam, the ponderomotive potential of the focused laser crossover produces a scattering-angle-dependent phase shift in the electrons, resulting in a highly tunable contrast transfer function, with significantly enhanced contrast of the cells under inspection. This powerful approach to boosting contrast in cellular cryo-electron tomograms has the potential to revolutionize our understanding of biology by mapping cell atlases in unprecedented detail. 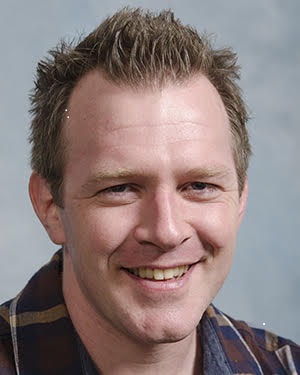