Three Gen Zs Who Will Change the World 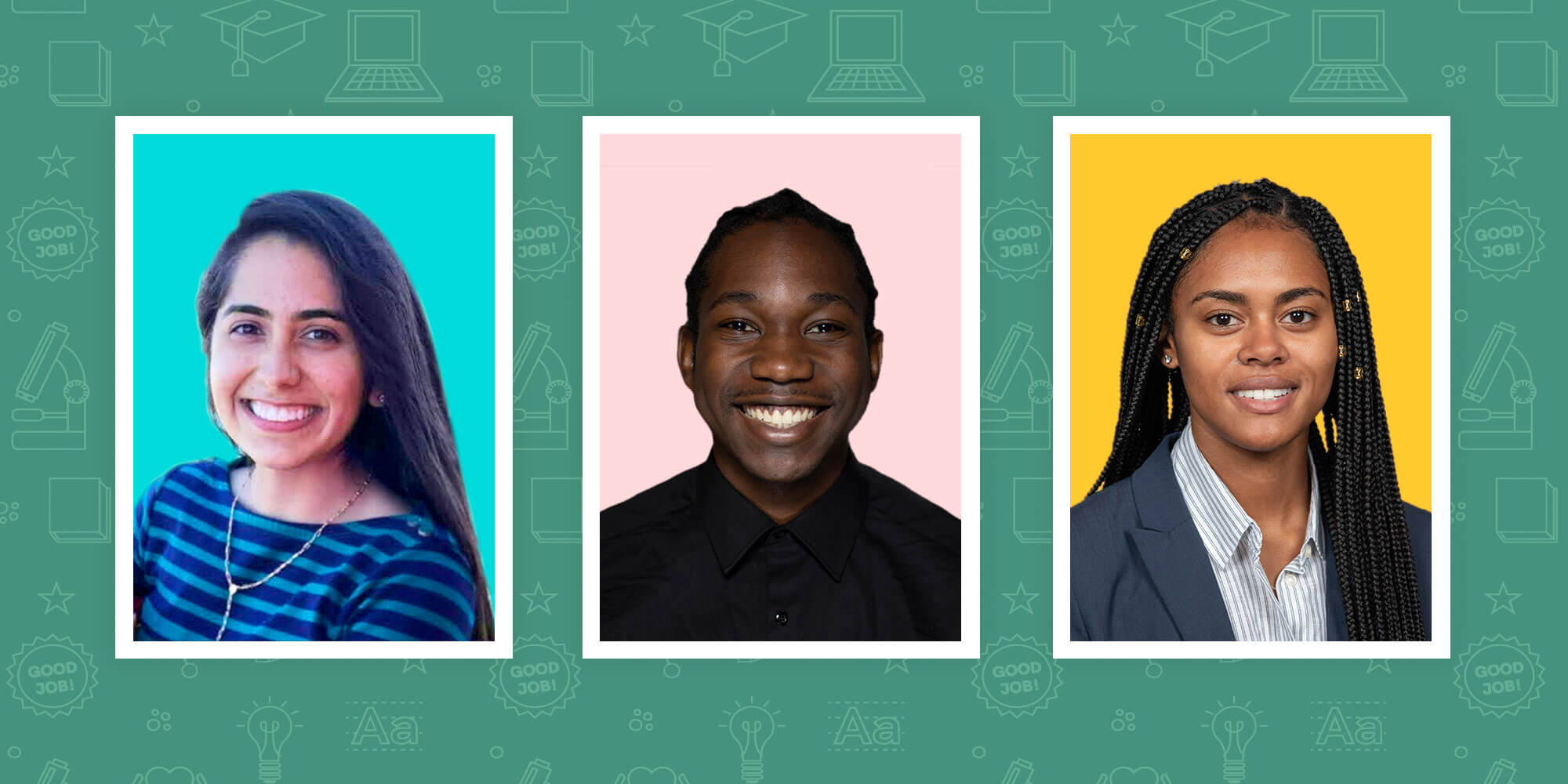 As members of the prestigious Meyerhoff Scholars Program, these students have their feet on the ground and their hearts set on making the world a better place.

Lauren Turner was just five years old when she first realized she wanted to be a doctor.

“I got that dream from a video game I played; it was a knee replacement video,” Lauren says. “I showed my dad one day and he was so disgusted and taken aback that I was showing him a surgery game while he was trying to eat dinner.”

When Lauren was a junior in high school, her mother passed away from breast cancer. That cemented her path toward medicine.

“I want to use that pain I had to minimize that pain for my future patients,” she says.

More than that, she wants to honor her mother in the process. A woman, who Lauren says, was extremely caring and compassionate.

“I thought I could keep her spirit alive by keeping those qualities in whatever I chose to pursue. It’s just unique that the thing I wanted to pursue—medicine—coincides with those qualities,” Lauren says.

Today, the 21-year-old is a biology major finishing her last year of undergraduate studies and applying to medical schools across the country.

Health played a large role in Keren Herrán’s upbringing as well. Her grandmother died of cancer when Keren was young, and many family members had chronic health conditions, due in large part to a lack of quality, accessible healthcare in their birth countries. Keren’s mother grew up in El Salvador, where clean drinking water wasn’t guaranteed. As such, she always told Keren, “Salud no tiene precio, es la mayor riqueza,” health is invaluable, it is the greatest wealth.

“Our zip code will determine more about our health than our genetic code,” Keren says. She’s currently using that mindset in her research on the mental health impact of environmental migration while completing her individualized study major. She hopes to one day earn a PhD in public health.

Jordan Troutman’s family describes him as the “fixer.” He has always enjoyed puzzles and Sudoku, and also tries to mediate any conflicts that may arise within the family.

“I always wanted to make things right,” he says. “I want to be the one who’s helping.”

That problem-solving attitude is what initially drew Jordan to math and science, where he found math to be a language anyone could speak, thus breaking communication barriers and differences.

“There’s a determinism with math where one plus one is always two,” he says. “I felt like physics represented the totality of understanding the world and people.”

Lauren, Keren, and Jordan are all seniors at the University of Maryland, Baltimore County and members of the 29th cohort of Meyerhoff Scholars, a program that aims to increase underrepresented populations in STEM fields, predominantly students of color.

I got into Meyerhoff and started seeing previous cohorts who have done so many things. It helped me understand that I can be whatever I want and can make an impact on the world.
Jordan Troutman

According to Pew Research, jobs in STEM—science, technology, engineering and math—have increased 79 percent since 1990, but Black, Latinx, and Indigenous workers are still underrepresented in the field. The Meyerhoff program not only recruits students of color to pursue STEM degrees; it also works to retain them in the field.

The rigorous program provides mentors and advisors for students throughout their four years in undergraduate studies, as well as a summer bridge program, which prepares recent high school graduates for college-level courses. They focus on tangible skills like time management and finding study strategies, but also the social and emotional support of transitioning to college. While all the support Meyerhoff offers students is integral to their success, perhaps the most important is the inspiration they can find in the scholars who came before them.

“I got into Meyerhoff and started seeing previous cohorts who have done so many things. It helped me understand that I can be whatever I want and can make an impact on the world,” Jordan says.

For Jordan, that representation is important. He is double majoring in computer science and math with an eye towards a PhD. He’s already started his research on algorithmic fairness; essentially trying to ensure machine learning and artificial intelligence is viewed through a lens that takes into account biases and disadvantages that some populations face. Throughout his studies and internships, he is often one of only a handful of Black men in the room, if not the entire campus. But that doesn’t discourage him.

Setting an example resonates with Lauren as well. She was playing high school soccer at a predominantly white school when Colin Kaepernick first started kneeling during the national anthem. She was inspired to do the same. This year, she co-founded Black Women in Charge and organized one of the largest protests in Indianapolis.

“After the killing of George Floyd, the girls on the soccer team protested,” Lauren says. Her old coach asked her to come and speak with the current students. “I was really proud to see how lasting of an impact my initial decision to kneel was.”

Lauren plans to continue setting an example, from taking a knee, to healing them. She’s aiming to become one of the top Black female orthopedics, of which there aren’t many. She says the Meyerhoff program allows her to see herself in that role.

“Meyerhoff has prepared me to have the courage to change the world,” she says. “It gives me the support system and the courage to be able to do that and to not be afraid just because there isn’t someone who has done it before. It empowers me to want to do it and be the leader at the forefront.”

Keren says she doesn’t often see examples of Latina women in the field of global health, either. It’s the field she hopes to transform one day. Like Jordan and Lauren, the Meyerhoff program and its advisors have prepared and inspired her.

“They encouraged me to be fearless in pursuing my dreams,” says Keren. “That fearless attitude I’ll always carry with me.” 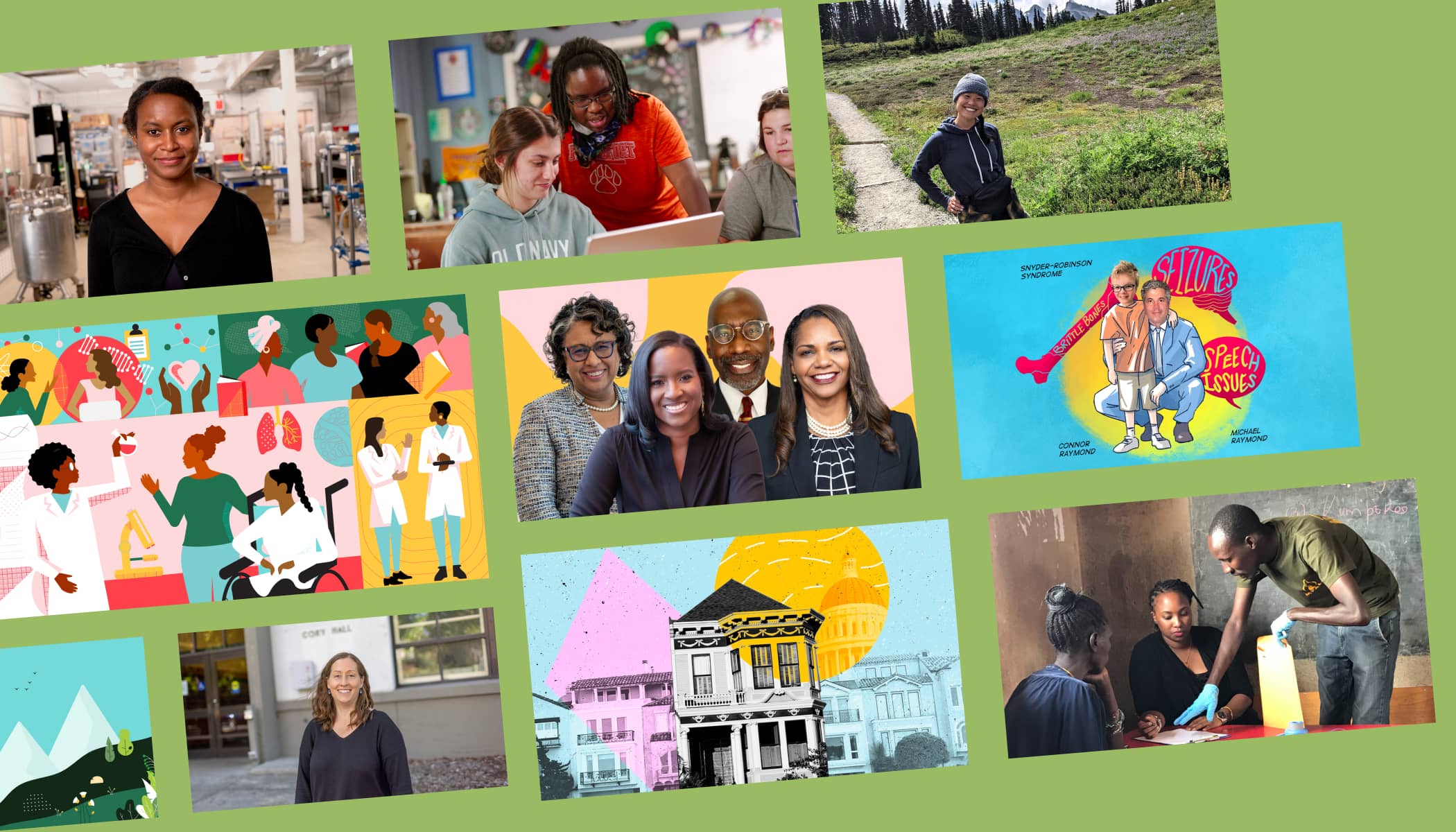