‘We’re Doing Something Unique’ Why This Neuroscientist Works at CZI 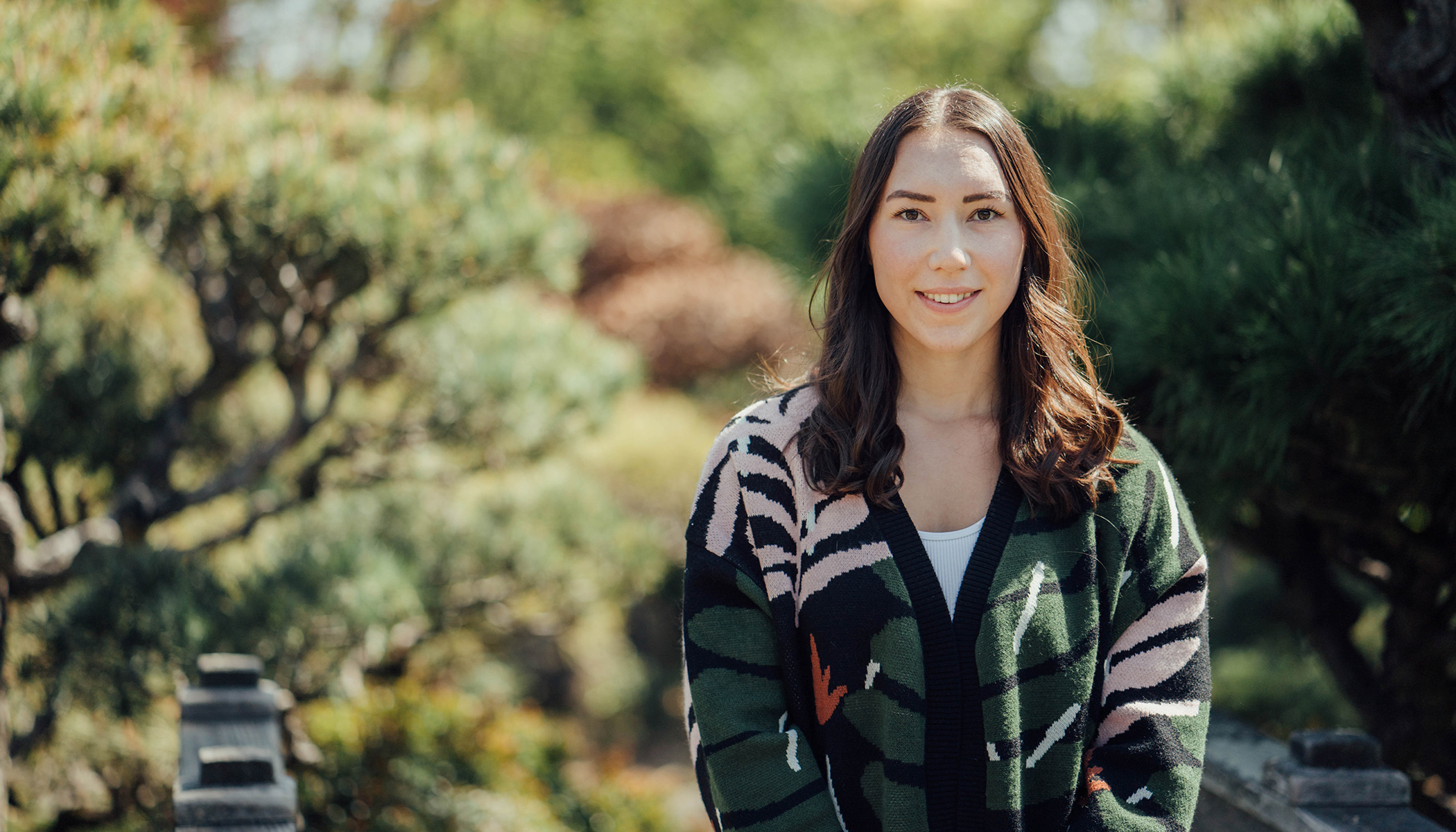 Fiona Griffin brings passion and excitement to her role as a Science Project Manager at CZI and is one of the women making a difference in accelerating science to help future generations. Photo credit: Dale Ramos.
Share

I’m a Project Manager for CZI Science. I work on the Single-Cell Biology team, which collaborates with researchers to help learn more about how disease manifests in our body’s cells and tissues. We support researchers who are studying healthy human tissue, and we’re moving into looking closely at diseased human tissue, including Covid-19. We’re studying people at the most fundamental level, and it’s really awesome.

How My Mother’s Strength Inspires My Career

Knowing in my heart that I’m making a difference in my work means a lot professionally, but working at CZI has also meant a lot to me personally, too. In 2019, my mother, a vibrant individual who was one of the few women to start working as a chemical engineer, was abruptly re-diagnosed with cancer. It felt like one minute she was immersed in her normal routine, going to work and living life and then, seemingly the next minute, she’s getting a terminal diagnosis. Words cannot express how tough it was to get that phone call. MRI scans showed she had tumors all over her body; in her kidneys, in her liver, in her brain; one was even collapsing her left lung. It was very intense.

After the shock of learning of my mother’s diagnosis, I told my supervisor that I had to leave and go home to be there for her. From there, everything was a blur. My mom died less than a week after being admitted into hospice care. Having those final moments with her was the greatest gift.

We threw everything that science had to offer at her in terms of treatment, and it just wasn’t enough. It’s hard for me to relive those short weeks, but it also motivates me now, too. Having that very personal experience definitely has made a difference. Knowing first-hand how debilitating and hard it is navigating a terminal illness has built up in me a higher level of empathy that is fundamentally important for the type of work that we do. We have been working hard at bringing more and more of the patient perspective into our work at CZI. That’s part of what has kept me so excited and passionate about working here.

My Career Evolution: From Working Solo in the Lab to Collaboration on a Global Scale

Before joining CZI, I was a neuroscientist; I worked at a research institution studying the brains of rats and mice. I did a lot of imaging, looking at neurons firing in real time. It was important work, but the work environment—basically a dark lab and me—didn’t quite get my blood pumping.

At some point, I also realized devoting my work to one singular focus area wasn’t my passion. I had to ask myself, “How can I work with more scientists, learn everything at a super high level, and see all the exciting discoveries that research is putting out there today?” I realized that I was better at facilitating science than I was at doing it. I love being surrounded by smart, scientific people, learning from them and trying to help them do more science, better and faster. That’s what I get to do now at CZI.

I first heard about CZI’s amazing work at a workshop about open science and trying to put open access resources out into the world. I was smitten. I couldn’t help but think: “These are all the things that I care about; these are the things that I want to do.” So, I started watching the job website for the right position, then eventually I applied and was hired.

Knowing first-hand how debilitating and hard it is navigating a terminal illness has built up in me a higher level of empathy that is fundamentally important for the type of work that we do.

The CZI Science Mission: How We’re Working to Cure, Prevent, or Manage All Disease

I don’t think I ever could have predicted truly what CZI was about until I got here. Obviously you read the mission statement and you’re like, “Yeah, cure, prevent or manage all disease by the end of the century. That sounds awesome,” but actually doing the work and being in it is so much different than what I thought. And not in a bad way at all. CZI is a super dynamic and fast-paced place to work. I’ve been here for almost three years, and when I look back to my first day, I’m amazed at what we’ve accomplished. I never dreamed that I would be part of an organization giving out millions of dollars to critical, life-saving scientific work.

When CZI was founded, we committed $3 billion over 10 years specifically to work on cutting-edge scientific research; five years in, and we are now one of the largest funders of scientific innovation in the world. Our research funding, hands down, is one of the biggest highlights; getting to work so closely with the scientific community is like the cherry on top. With each round of funding that we give out, we bring in a new group of dedicated scientists to our tight-knit community. Sometimes we host huge scientific conferences, like 400-person virtual meetings. Other times it’s tiny workshops with just 20 people and you get to know the team super well. The buzz in the room is electrifying when all the researchers are together. There’s just this sense that we’re all going to work together and develop something really important and impactful.

Even though cancer research is not one of our core focus areas, which is what my mom died of, I believe we’re doing something unique. We’re putting our money where we think it’s going to be most valuable by focusing on accelerating biomedicine and on building the right tools to enable the best treatments in the long run. We’re not just funding research—we’re also trying to change the culture of science and make it faster and easier for scientists to make biological conclusions and get the work done. The work we are doing will take time to complete. It’s not something that’s going to happen overnight, but I believe it is highly impactful and will benefit many generations to come.

CZI is using technology to help solve some of the toughest challenges. Help us create, design, code, and build a future for everyone: Join us.

DIVERSITY, EQUITY & INCLUSION
What Are Genomics and Precision Health? Here’s Your Guide 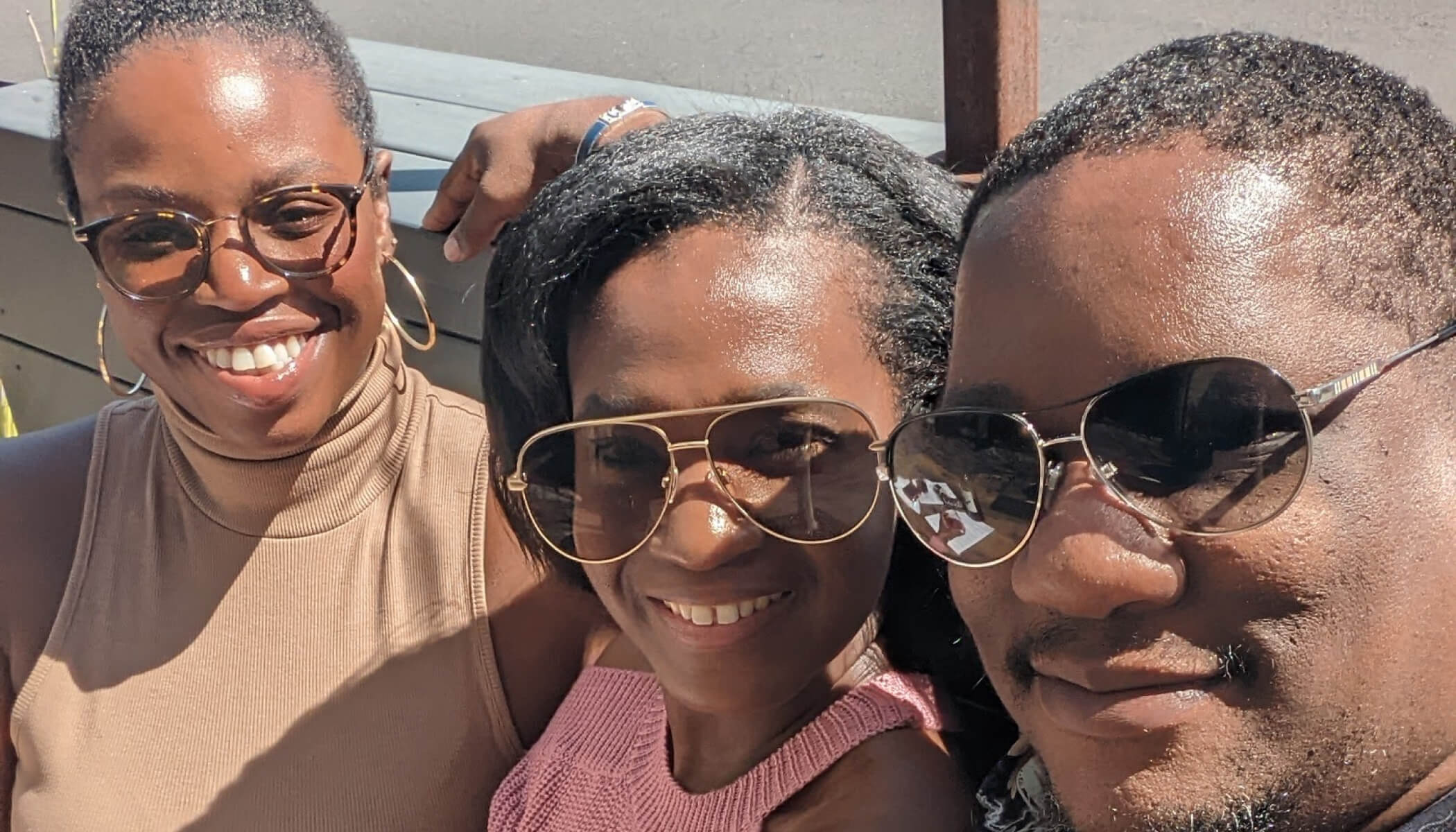